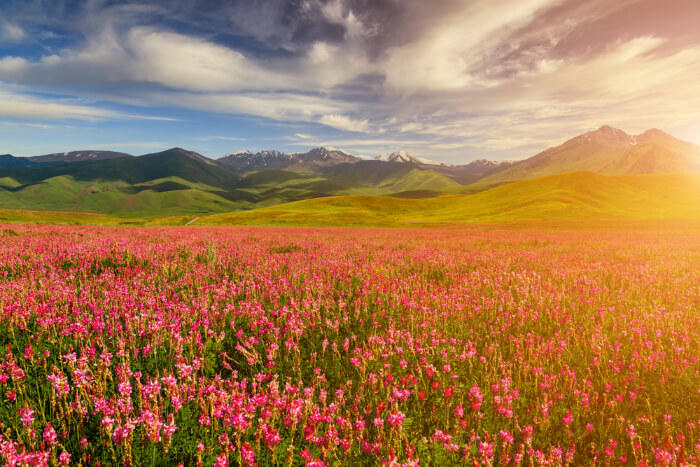 Valley of Flowers National Park is an Indian national park, located in North Chamoli, in the state of Uttarakhand and is known for its meadows of endemic alpine flowers and the variety of flora. This richly diverse area is also home to rare and endangered animals, including the Asiatic black bear snow leopard, musk deer. Birds found in the park include Himalayan monal pheasant and other high altitude birds. Together, they encompass a unique transition zone between the mountain ranges of the Zanskar and Great Himalaya. The park stretches over an expanse of 87.50 km2 and it is about 8 km long and 2 km wide. Both parks are encompassed in the Nanda Devi Biosphere Reserve which is further surrounded by a buffer zone. Nanda Devi National Park Reserve is in the UNESCO World Network of Biosphere Reserves.

The area lies on the Zanskar range of the Himalayas with the highest point in the national park being Gauri parbat at 6,719 m above sea level.