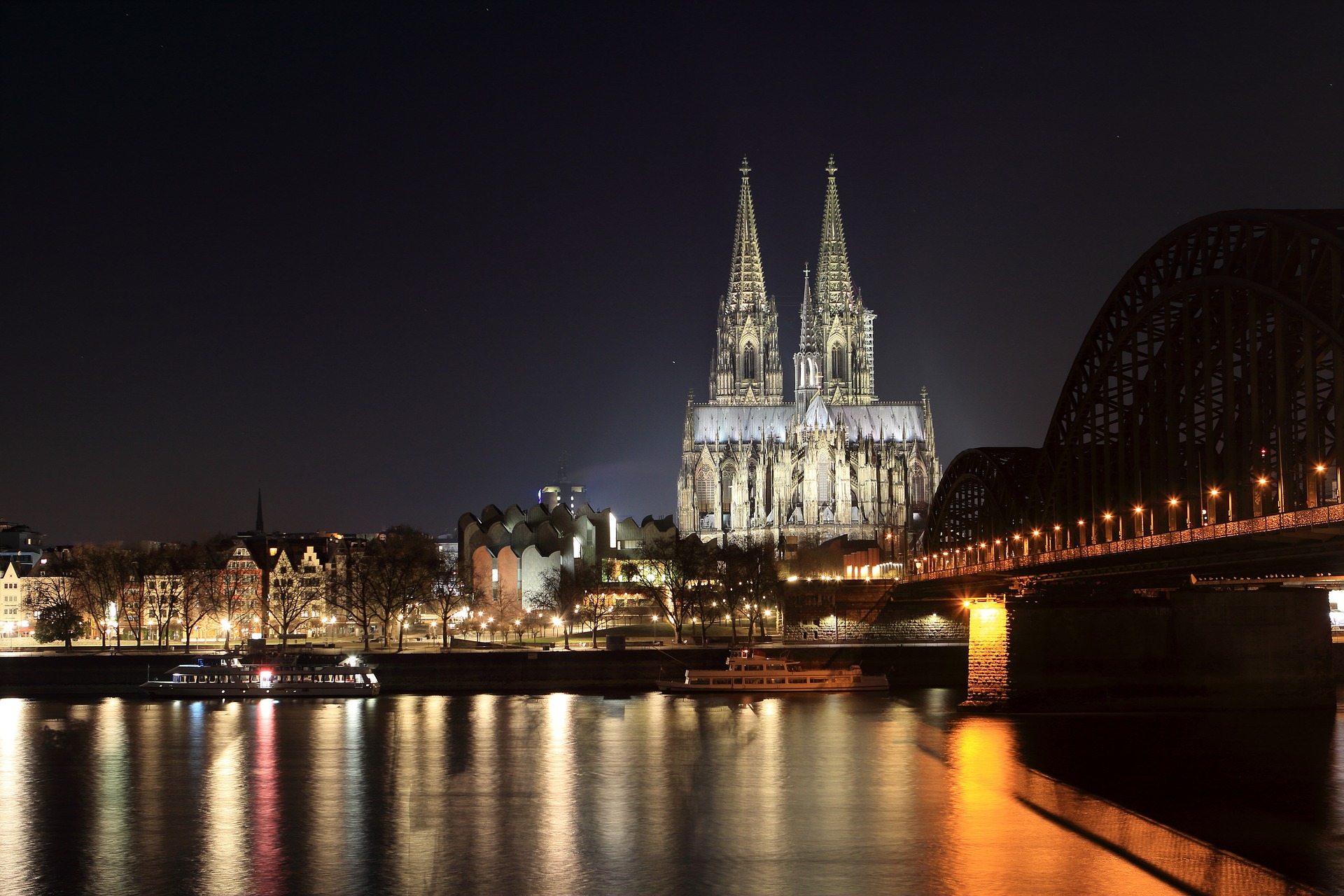 A Gothic architectural masterpiece, the Kölner Dom is among the best places to visit in Germany. It’s one of the largest Catholic churches in Europe covering an area of 6,166 square meters with 56 huge pillars. The 56 pillars around it boast of the magnificence of the place even further. The panoramic view from the south towers accentuates the importance of the place even further. The interiors have spectacular gold artworks and a stained-glass window dating back to the 12th century.

Construction of Cologne Cathedral began in 1248 but was halted in the years around 1560, unfinished. Work did not restart until the 1840s, and the edifice was completed to its original Medieval plan in 1880.

Cologne’s medieval builders had planned a grand structure to house the reliquary of the Three Kings and fit its role as a place of worship for the Holy Roman Emperor. Despite having been left incomplete during the medieval period, Cologne Cathedral eventually became unified as “a masterpiece of exceptional intrinsic value” and “a powerful testimony to the strength and persistence of Christian belief in medieval and modern Europe”.