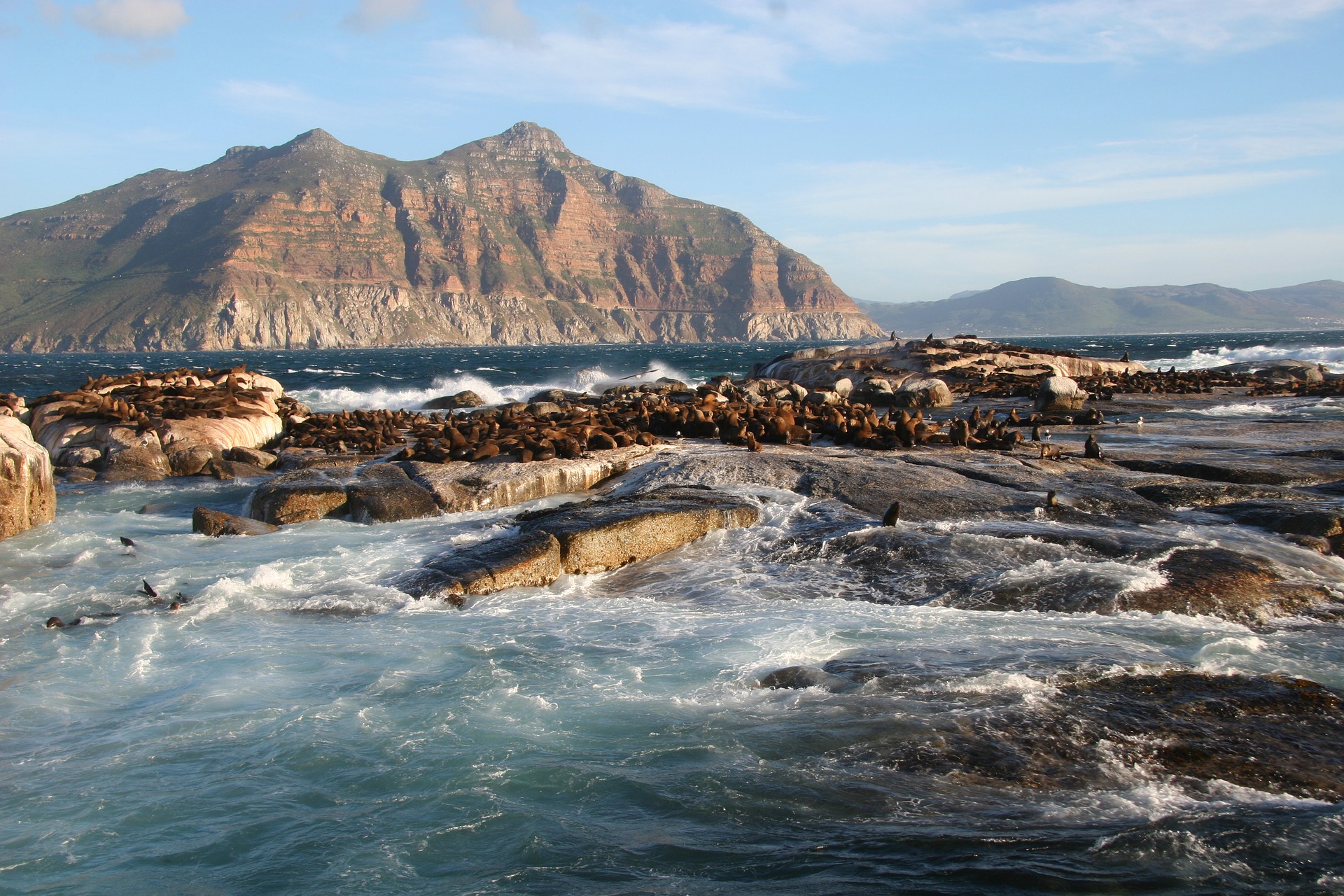 South Africa, the southernmost country on the African continent, renowned for its varied topography, great natural beauty, and cultural diversity, all of which have made the country a favoured destination for travelers since the legal ending of apartheid (Afrikaans: “apartness,” or racial separation) in 1994.

South Africa’s remoteness—it lies thousands of miles distant from major African cities such as Lagos and Cairo and more than 6,000 miles (10,000 km) away from most of Europe, North America, and eastern Asia, where its major trading partners are located—helped reinforce the official system of apartheid for a large part of the 20th century. With that system, the government, controlled by the minority white population, enforced segregation between government-defined races in housing, education, and virtually all spheres of life, creating in effect three nations: one of whites (consisting of peoples primarily of British and Dutch [Boer] ancestry, who struggled for generations to gain political supremacy, a struggle that reached its violent apex with the South African War of 1899–1902); one of Blacks (consisting of such peoples as the San hunter-gatherers of the northwestern desert, the Zulu herders of the eastern plateaus, and the Khoekhoe farmers of the southern Cape regions); and one of “Coloureds” (mixed-race people) and ethnic Asians (Indians, Malays, Filipinos, and Chinese). The apartheid regime was disdained and even vehemently opposed by much of the world community, and by the mid-1980s South Africa found itself among the world’s pariah states, the subject of economic and cultural boycotts that affected almost every aspect of life. During this era the South African poet Mongane Wally Serote remarked,

Eventually forced to confront the untenable nature of ethnic separatism in a multicultural land, the South African government of F.W. de Klerk (1989–94) began to repeal apartheid laws. That process in turn set in motion a transition toward universal suffrage and a true electoral democracy, which culminated in the 1994 election of a government led by the Black majority under the leadership of the long-imprisoned dissident Nelson Mandela. As this transition attests, the country has made remarkable progress in establishing social equity in a short period of time.

South Africa has three cities that serve as capitals: Pretoria (executive), Cape Town (legislative), and Bloemfontein (judicial). Johannesburg, the largest urban area in the country and a centre of commerce, lies at the heart of the populous Gauteng province. Durban, a port on the Indian Ocean, is a major industrial centre. East London and Port Elizabeth, both of which lie along the country’s southern coast, are important commercial, industrial, and cultural centres.

Background:
Often called ‘the rainbow nation’, South Africa is one of the most ethnically diverse countries in Africa. It was inhabited by pastoral Khoekhoe (Khoi), the hunter-gatherer San, the Xhosa, and the Zulu nations and various other indigenous tribes, when Dutch settlers arrived in middle of the 17th century, much to the disadvantage of the Khoekhoe along the southern and western coastal strips.

What followed was an aggressive colonial expansion for centuries mainly of settlers of Dutch, German and French Huguenot origin. In 1795 the British took over the Cape from the Dutch, seven years later the colony was returned to the Dutch government, only to come under British rule again in 1806, this circumstance and the rise to power of the Zulu king Shaka, forcing many of the Dutch settlers (the Boers) to trek north and east to found their own republics.

The discovery of diamonds (1867) and gold (1886) spurred wealth and immigration and intensified the subjugation of the native inhabitants until the end of the 20th century.

The 1990s brought an end to apartheid with South Africa’s transition to democracy and with Nelson Mandela’s inauguration as SA’s first democratically elected President 1994.

South Africa is a constitutional democracy with a three-tier system of government (the legislature, an executive) and an independent judiciary. The President is both head of state and head of government. The lower house of Parliament, the National Assembly, consists of 400 members and is elected every five years.

Every day in scenic South Africa ends with a horizon to look out on. No matter which province you’re in, you’re always right around corner from something breathtaking… something that will leave you incapable of saying anything other than “wow”.

South Africa is bordered by Namibia to the northwest, by Botswana and Zimbabwe to the north, and by Mozambique and Swaziland to the northeast and east. Lesotho, an independent country, is an enclave in the eastern part of the republic, entirely surrounded by South African territory. South Africa’s coastlines border the Indian Ocean to the southeast and the Atlantic Ocean to the southwest. The country possesses two small subantarctic islands, Prince Edward and Marion, situated in the Indian Ocean about 1,200 miles (1,900 km) southeast of Cape Town. The former South African possession of Walvis Bay, on the Atlantic coast some 400 miles (600 km) north of the Orange River, became part of Namibia in 1994.

A plateau covers the largest part of the country, dominating the topography; it is separated from surrounding areas of generally lower elevation by the Great Escarpment. The plateau consists almost entirely of very old rock of the Karoo System, which formed from the Late Carboniferous Epoch (about 320 to 300 million years ago) to the Late Triassic Epoch (about 230 to 200 million years ago). The plateau, generally highest in the east, drops from elevations of more than 8,000 feet (2,400 metres) in the basaltic Lesotho region to about 2,000 feet (600 metres) in the sandy Kalahari in the west. The central part of the plateau comprises the Highveld, which reaches between 4,000 and 6,000 feet (1,200 and 1,800 metres) in elevation. South of the Orange River lies the Great Karoo region.

The Great Escarpment (see Drakensberg), known by a variety of local names such as uKhahlamba (Zulu: “Barrier of Spears”) and the Natal Drakensberg, forms the longest continuous topographic feature in South Africa and provides scenery of great beauty. The escarpment is part of uKhahlamba/Drakensberg Park, which was designated a UNESCO World Heritage site in 2000. It runs southward from the far northeast, where it is generally known as the Transvaal Drakensberg (Afrikaans: “Dragon Mountains”). It is there, in KwaZulu-Natal province, that the country’s highest point, Njesuthi (11,181 feet [3,408 metres]), is found. Farther south the escarpment forms the boundary first between KwaZulu-Natal and Free State provinces and then between KwaZulu-Natal and Lesotho. There it reaches elevations of nearly 11,000 feet (3,300 metres), including some of the country’s highest peaks, such as Mont aux Sources (10,823 feet [3,299 metres]). The mountainous escarpment continues southwestward, dividing Lesotho from the Eastern Cape province, where it runs westward across Eastern Cape at lesser elevations of 5,000 to 8,000 feet (1,500 to 2,400 metres) and is known as the Stormberg. Farther to the west it becomes the Nuweveld Range and the Roggeveld Mountains and forms the approximate boundary between Northern Cape and Western Cape provinces. At its western extreme, in the vicinity of Mount Bokkeveld and Mount Kamies (5,600 feet [1,700 metres]), the escarpment is not well defined.