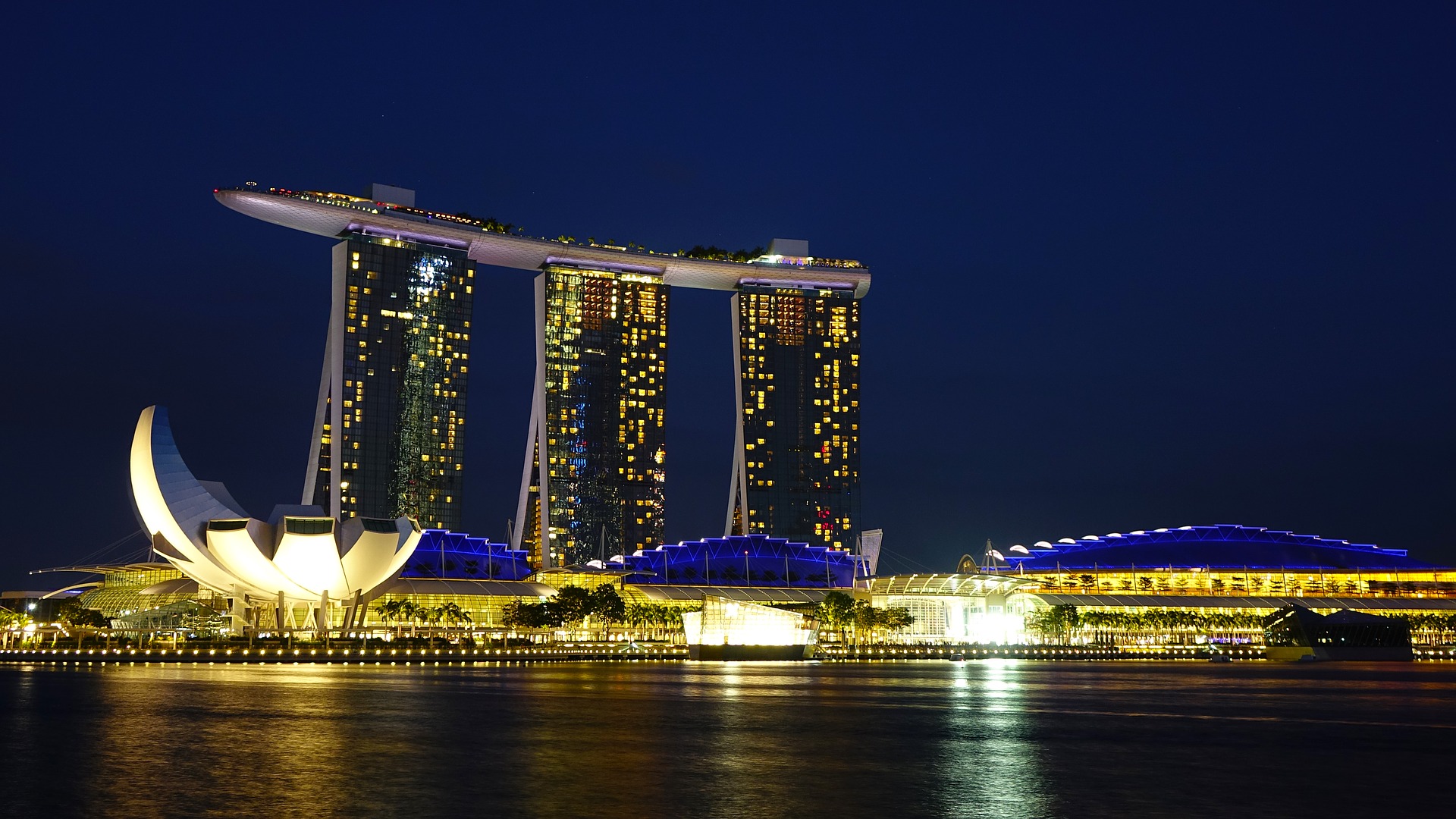 Singapore, city-state located at the southern tip of the Malay Peninsula, about 85 miles (137 kilometres) north of the Equator. It consists of the diamond-shaped Singapore Island and some 60 small islets; the main island occupies all but about 18 square miles of this combined area. The main island is separated from Peninsular Malaysia to the north by Johor Strait, a narrow channel crossed by a road and rail causeway that is more than half a mile long. The southern limits of the state run through Singapore Strait, where outliers of the Riau-Lingga Archipelago—which forms a part of Indonesia—extend to within 10 miles of the main island.

Singapore is the largest port in Southeast Asia and one of the busiest in the world. It owes its growth and prosperity to its focal position at the southern extremity of the Malay Peninsula, where it dominates the Strait of Malacca, which connects the Indian Ocean to the South China Sea. Once a British colony and now a member of the Commonwealth, Singapore first joined the Federation of Malaysia on its formation in 1963 but seceded to become an independent state on August 9, 1965.

Nearly two-thirds of the main island is less than 50 feet (15 metres) above sea level. Timah Hill, the highest summit, has an elevation of only 531 feet (162 metres); with other peaks, such as Panjang and Mandai hills, it forms a block of rugged terrain in the centre of the island. To the west and south are lower scarps with marked northwest-southeast trends, such as Mount Faber. The eastern part of the island is a low plateau cut by erosion into an intricate pattern of hills and valleys. These physical units reflect their geologic foundations: the central hills are formed from granite rocks, the scarp lands from highly folded and faulted sedimentary rocks, and the eastern plateau from uncompacted sands and gravels.

A dense network of short streams drains the island, but floods are locally severe because the streams have low gradients and because of excessive water runoff from cleared land. Many streams, especially those draining northward, have broad mangrove-fringed estuaries that extend far inland. None of the soils is even reasonably fertile, but those derived from the granites tend to be better than most. Soils developed from the sedimentary rocks are variable, but many contain hardpans (compacted layers) that restrict plant roots and impede soil drainage. The soils of eastern Singapore are extremely infertile. All have suffered extensive degradation through erosion as a result of generations of careless human exploitation.

Singapore is in the equatorial monsoon region of Southeast Asia, and its climate is characterized by uniformly high temperatures and nearly constant precipitation throughout the year. The average monthly temperature varies from about 81° F (27° C) in June to 77° F (25° C) in January. The daily range is somewhat greater, averaging about 13° F (7° C). Singapore’s maritime location and constant humidity, however, keep maximum temperatures relatively moderate: the highest temperature ever recorded was only 97° F (36° C).

The seasons are defined by the relative incidence of rainfall, which, in turn, is determined by the movements of the monsoon air masses. The wettest and windiest period is during the northeast monsoon (November–March), with rainfall reaching an average monthly high of more than 10 inches (250 millimetres) in December. Conversely, the period of the least amount of rainfall and the lightest winds is during the southwest monsoon (May–September), with rainfall dropping to a monthly low of less than 7 inches in July. April and October are intermonsoonal periods characterized by sluggish air movements and intense afternoon showers and thunderstorms. Altogether, Singapore’s precipitation averages about 95 inches annually, and rain falls somewhere on the island every day of the year.

Little remains of the original vegetation or animal life, except for a few thousand acres of evergreen rain forest preserved around catchment areas. Some mangrove vegetation survives in the Kranji area on the northwest side of the island, but elsewhere tracts of scrub or cogon grass (called lalang locally) are common. Many exotic plants have been introduced for ornamental use. The largest native animals are the long-tailed macaque (an Asian species of monkey), the slow loris (a large-eyed tailless nocturnal lemur), and the scaly anteater. Birds are numerous, especially those like the Indian mynah bird, the brahminy kite (a kite with reddish brown plumage and a white head and breast), and the house swallow that have adapted to a symbiotic relationship with humans. Reptiles, such as cobras and lizards, also are common. Fringing coral reefs with their associated fish and wildlife occur around many parts of the coast.

The small archipelago is situated about 140 km (87 mi) north of the equator and just south of the tip of the Malay Peninsula, separated by the Straits of Johor. Singapore lies on one of the world’s busiest shipping lanes along the Strait of Malacca and the South China Sea. The Strait of Singapore separates the country’s islands from the Indonesian Riau Archipelago in the south. The former British colonial trading post gained independence in 1965.

Singapore, officially the Republic of Singapore, is known as the Lion City (Singapura) and consists of the main island and about 64 smaller offshore islands, including Sentosa (the largest of the offshore islands), Pulau Ubin, St John’s Island and the Sisters’ Islands. Two bridges connect Singapore to Malaysia and Continental Asia. The Johor–Singapore Causeway links Singapore to the Malaysian city of Johor Baru on Peninsular Malaysia.

The city-state occupies an area of 718 km², compared, it is the smallest state in Southeast Asia, approximately one-fourth of Luxembourg or somewhat larger than 3.5 times the size of the District of Columbia, Washington, DC.

Singapore has a population of about 5.7 million people (in 2020) and a resident population of 4 million (in 2020). Spoken languages are English (the language of administration and education), Singlish (the Singaporean creole), Malay, Chinese (Mandarin), and Tamil.

What is Singapore famous for?
Singapore is famous for being a global financial center, being among the most densely populated places in the world, having a world-class city airport with a waterfall, and a Botanic Garden that is a World Heritage Site.
Singapore is known as a tourist destination and for its hot and humid climate, being very clean, and growing in area due to reclaimed land.
The city-state is a shopper’s paradise, besides the usual luxury brands sold in luxurious malls with luxury air conditioning, you can buy almost everything except chewing gum. Singapore is also known as “Instant Asia” because it offers visitors a quick glimpse of the Asian cultures that immigrants have brought from all parts of the continent.