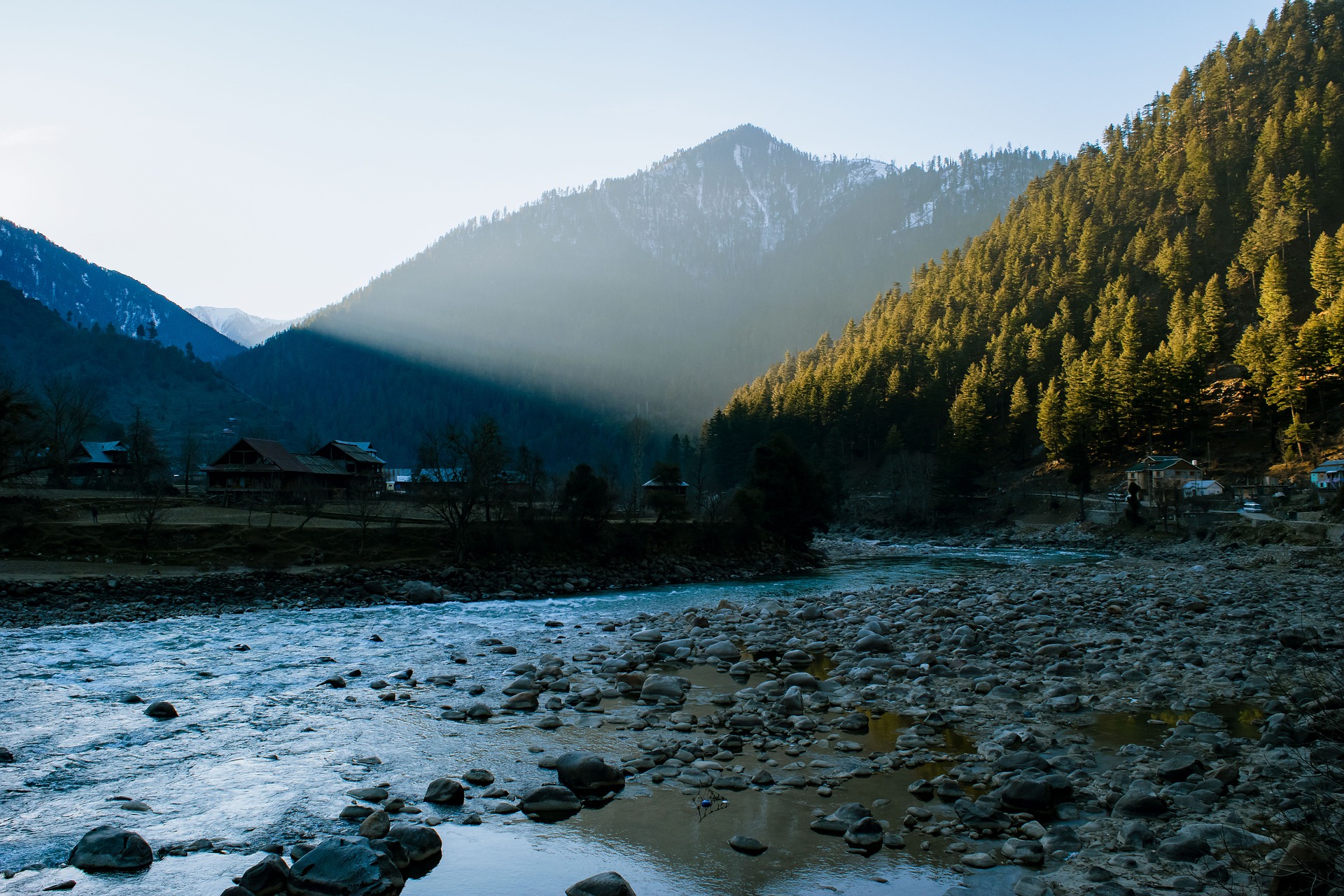 India, country that occupies the greater part of South Asia. Its capital is New Delhi, built in the 20th century just south of the historic hub of Old Delhi to serve as India’s administrative centre. Its government is a constitutional republic that represents a highly diverse population consisting of thousands of ethnic groups and likely hundreds of languages. With roughly one-sixth of the world’s total population, India is the second most populous country, after China.

It is known from archaeological evidence that a highly sophisticated urbanized culture—the Indus civilization—dominated the northwestern part of the subcontinent from about 2600 to 2000 BCE. From that period on, India functioned as a virtually self-contained political and cultural arena, which gave rise to a distinctive tradition that was associated primarily with Hinduism, the roots of which can largely be traced to the Indus civilization. Other religions, notably Buddhism and Jainism, originated in India—though their presence there is now quite small—and throughout the centuries residents of the subcontinent developed a rich intellectual life in such fields as mathematics, astronomy, architecture, literature, music, and the fine arts.

Throughout its history, India was intermittently disturbed by incursions from beyond its northern mountain wall. Especially important was the coming of Islam, brought from the northwest by Arab, Turkish, Persian, and other raiders beginning early in the 8th century CE. Eventually, some of those raiders stayed; by the 13th century much of the subcontinent was under Muslim rule, and the number of Muslims steadily increased. Only after the arrival of the Portuguese navigator Vasco da Gama in 1498 and the subsequent establishment of European maritime supremacy in the region did India become exposed to major external influences arriving by sea, a process that culminated in the decline of the ruling Muslim elite and absorption of the subcontinent within the British Empire.

One of the oldest civilisations in the world, India is a mosaic of multicultural experiences. With a rich heritage and myriad attractions, the country is among the most popular tourist destinations in the world. It covers an area of 32, 87,263 sq. km, extending from the snow-covered Himalayan heights to the tropical rain forests of the south. As the 7th largest country in the world, India stands apart from the rest of Asia, marked off as it is by mountains and the sea, which give the country a distinct geographical entity.

Direct administration by the British, which began in 1858, effected a political and economic unification of the subcontinent. When British rule came to an end in 1947, the subcontinent was partitioned along religious lines into two separate countries—India, with a majority of Hindus, and Pakistan, with a majority of Muslims; the eastern portion of Pakistan later split off to form Bangladesh. Many British institutions stayed in place (such as the parliamentary system of government); English continued to be a widely used lingua franca; and India remained within the Commonwealth. Hindi became the official language (and a number of other local languages achieved official status), while a vibrant English-language intelligentsia thrived.

India remains one of the most ethnically diverse countries in the world. Apart from its many religions and sects, India is home to innumerable castes and tribes, as well as to more than a dozen major and hundreds of minor linguistic groups from several language families unrelated to one another. Religious minorities, including Muslims, Christians, Sikhs, Buddhists, and Jains, still account for a significant proportion of the population; collectively, their numbers exceed the populations of all countries except China. Earnest attempts have been made to instill a spirit of nationhood in so varied a population, but tensions between neighbouring groups have remained and at times have resulted in outbreaks of violence. Yet social legislation has done much to alleviate the disabilities previously suffered by formerly “untouchable” castes, tribal populations, women, and other traditionally disadvantaged segments of society. At independence, India was blessed with several leaders of world stature, most notably Mohandas (Mahatma) Gandhi and Jawaharlal Nehru, who were able to galvanize the masses at home and bring prestige to India abroad. The country has played an increasing role in global affairs.

Contemporary India’s increasing physical prosperity and cultural dynamism—despite continued domestic challenges and economic inequality—are seen in its well-developed infrastructure and a highly diversified industrial base, in its pool of scientific and engineering personnel (one of the largest in the world), in the pace of its agricultural expansion, and in its rich and vibrant cultural exports of music, literature, and cinema. Though the country’s population remains largely rural, India has three of the most populous and cosmopolitan cities in the world—Mumbai (Bombay), Kolkata (Calcutta), and Delhi. Three other Indian cities—Bengaluru (Bangalore), Chennai (Madras), and Hyderabad—are among the world’s fastest-growing high-technology centres, and most of the world’s major information technology and software companies now have offices in India.

India’s frontier, which is roughly one-third coastline, abuts six countries. It is bounded to the northwest by Pakistan, to the north by Nepal, China, and Bhutan; and to the east by Myanmar (Burma). Bangladesh to the east is surrounded by India to the north, east, and west. The island country of Sri Lanka is situated some 40 miles (65 km) off the southeast coast of India across the Palk Strait and Gulf of Mannar.

The land of India—together with Bangladesh and most of Pakistan—forms a well-defined subcontinent, set off from the rest of Asia by the imposing northern mountain rampart of the Himalayas and by adjoining mountain ranges to the west and east. In area, India ranks as the seventh largest country in the world.

Much of India’s territory lies within a large peninsula, surrounded by the Arabian Sea to the west and the Bay of Bengal to the east; Cape Comorin, the southernmost point of the Indian mainland, marks the dividing line between those two bodies of water. India has two union territories composed entirely of islands: Lakshadweep, in the Arabian Sea, and the Andaman and Nicobar Islands, which lie between the Bay of Bengal and the Andaman Sea.

It is now generally accepted that India’s geographic position, continental outline, and basic geologic structure resulted from a process of plate tectonics—the shifting of enormous, rigid crustal plates over the Earth’s underlying layer of molten material. India’s landmass, which forms the northwestern portion of the Indian-Australian Plate, began to drift slowly northward toward the much larger Eurasian Plate several hundred million years ago (after the former broke away from the ancient southern-hemispheric supercontinent known as Gondwana, or Gondwanaland). When the two finally collided (approximately 50 million years ago), the northern edge of the Indian-Australian Plate was thrust under the Eurasian Plate at a low angle. The collision reduced the speed of the oncoming plate, but the underthrusting, or subduction, of the plate has continued into contemporary times.

The effects of the collision and continued subduction are numerous and extremely complicated. An important consequence, however, was the slicing off of crustal rock from the top of the underthrusting plate. Those slices were thrown back onto the northern edge of the Indian landmass and came to form much of the Himalayan mountain system. The new mountains—together with vast amounts of sediment eroded from them—were so heavy that the Indian-Australian Plate just south of the range was forced downward, creating a zone of crustal subsidence. Continued rapid erosion of the Himalayas added to the sediment accumulation, which was subsequently carried by mountain streams to fill the subsidence zone and cause it to sink more.

India’s present-day relief features have been superimposed on three basic structural units: the Himalayas in the north, the Deccan (peninsular plateau region) in the south, and the Indo-Gangetic Plain (lying over the subsidence zone) between the two. Further information on the geology of India is found in the article Asia.