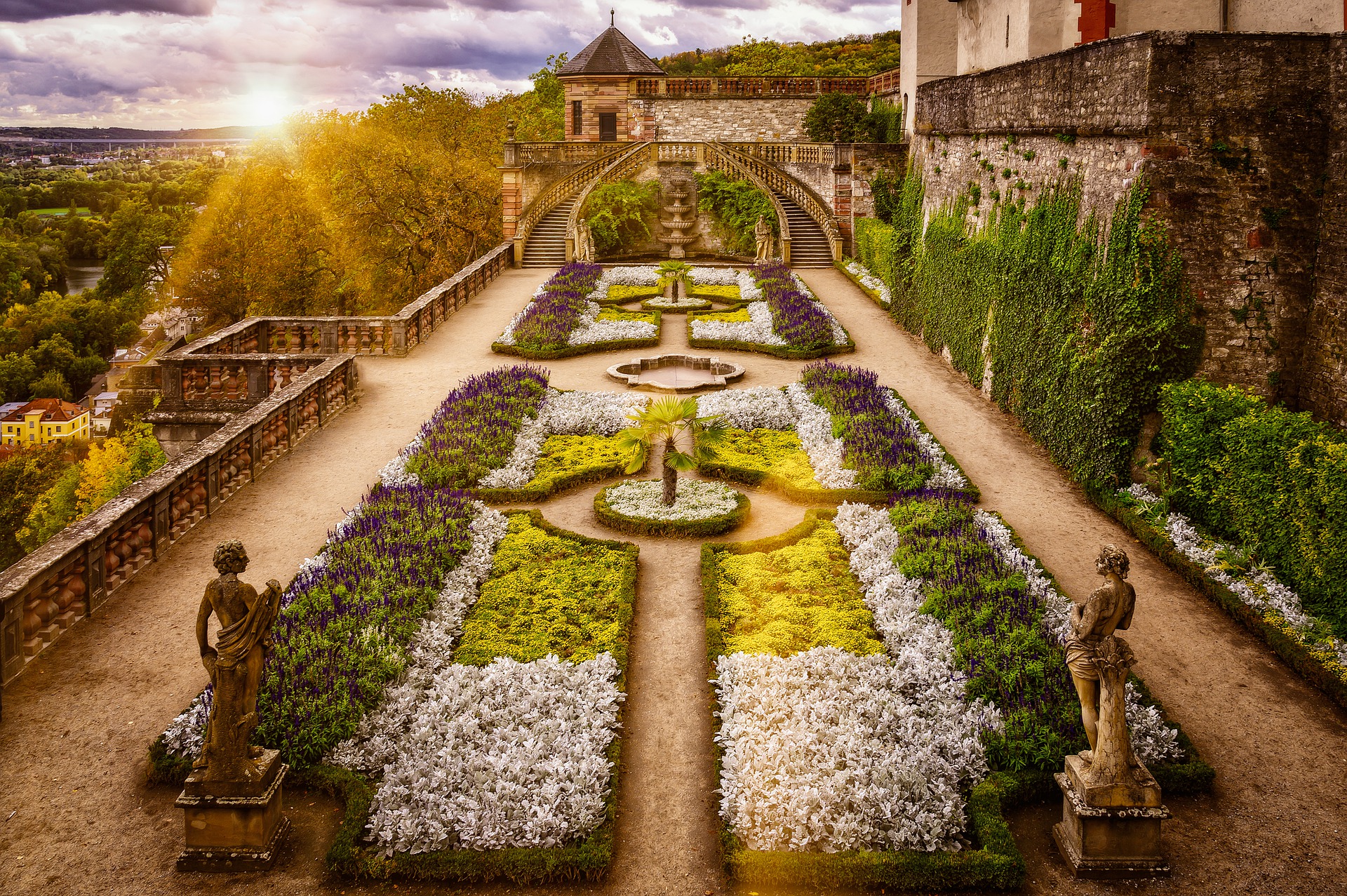 Germany, officially Federal Republic of Germany, German Deutschland or Bundesrepublik Deutschland, country of north-central Europe, traversing the continent’s main physical divisions, from the outer ranges of the Alps northward across the varied landscape of the Central German Uplands and then across the North German Plain.

Germany is one of the most influential European nations culturally, and one of the world’s main economic powers. Known around the world for its precision engineering and high-tech products, it is equally admired by visitors for its old-world charm and “Gemütlichkeit” (coziness). If you have perceptions of Germany as simply homogeneous, it will surprise you with its many historical regions and local diversity.

From the Holy Roman Empire to Imperial Germany

The roots of German history and culture date back to the Germanic tribes and after that to the Holy Roman Empire. Since the early middle ages, Germany started to split into hundreds of small states. It was the Napoleonic wars that started the process of unification, which ended in 1871, when a large number of previously independent German kingdoms united under Prussian leadership to form the German Empire (Deutsches Kaiserreich). This incarnation of Germany reached eastward all the way to modern day Klaipeda (Memel) in Lithuania and also encompassed the regions of Alsace and Lorraine in modern day-France, a small portion of eastern Belgium (Eupen-Malmedy), a small border region in southern Denmark and over 40% of contemporary Poland. The empire ended in 1918 when Kaiser Wilhelm II was forced to abdicate at the time of Germany’s defeat at the end of World War I (1914-1918) and was followed by the short-lived and ill-fated so called Weimar Republic, which tried in vain to completely establish a liberal, progressive and democratic nation. Due to the fact the young republic was plagued with massive economic problems stemming from the war, such as: the hyperinflation crisis from 1921-23, the reparations payments owed as a result of losing the war, along with the cultural disgrace of a humiliating defeat in World War I, political extremists from both the left and the right took advantage of the inherent organizational problems of the Weimar Constitution, leading to the Nazi Party led by Adolf Hitler seizing power in 1933.

Background
The Federal Republic of Germany is located in the heart of Europe. The nation-state now known as Germany was first unified in 1871 as a modern federal state, the German Empire.

In the first half of the 20th century, two devastating World Wars, of which Germany was responsible for, left the country occupied by the victorious Allied powers.
With the advent of the Cold War, two German states were formed in 1949: the western Federal Republic of Germany (FRG) and the eastern German Democratic Republic (GDR).

The democratic FRG embedded itself in Western economic and security organizations, the EEC and NATO, while the communist GDR was on the front line of the Soviet-led Warsaw Pact. The decline of the USSR and the fall of Communism enabled Germany’s unification in 1990.

With the unification of the two German states, the country became Europe’s most populous nation (situated entirely in Europe) and strengthened its role as a key member of the European Union and the continent’s economic, political, and security organizations.

One of Europe’s largest countries, Germany encompasses a wide variety of landscapes: the tall, sheer mountains of the south; the sandy, rolling plains of the north; the forested hills of the urbanized west; and the plains of the agricultural east. At the spiritual heart of the country is the magnificent east-central city of Berlin, which rose phoenixlike from the ashes of World War II and now, after decades of partition, is the capital of a reunified Germany, and the Rhine River, which flows northward from Switzerland and is celebrated in visual art, literature, folklore, and song. Along its banks and those of its principal tributaries—among them the Neckar, Main, Moselle, and Ruhr—stand hundreds of medieval castles, churches, picturesque villages, market towns, and centres of learning and culture, including Heidelberg, the site of one of Europe’s oldest universities (founded in 1386), and Mainz, historically one of Europe’s most important publishing centres. All are centrepieces of Germany’s thriving tourist economy, which brings millions of visitors to the country each year, drawn by its natural beauty, history, culture, and cuisine (including its renowned wines and beers).

The name Germany has long described not a particular place but the loose, fluid polity of Germanic-speaking peoples that held sway over much of western Europe north of the Alps for millennia. Although Germany in that sense is an ancient entity, the German nation in more or less its present form came into being only in the 19th century, when Prussian Prime Minister Otto von Bismarck brought together dozens of German-speaking kingdoms, principalities, free cities, bishoprics, and duchies to form the German Empire in 1871. This so-called Second Reich quickly became Europe’s leading power and acquired colonies in Africa, Asia, and the Pacific. That overseas empire was dismantled following Germany’s defeat in World War I and the abdication of Emperor William II. Economic depression, widespread unemployment, and political strife that verged on civil war followed, leading to the collapse of the progressive Weimar Republic and the rise of the Nazi Party under Adolf Hitler. After gaining power in 1933, Hitler established the Third Reich and soon thereafter embarked on a ruinous crusade to conquer Europe and exterminate Jews, Roma (Gypsies), homosexuals, and others.

The Third Reich disintegrated in 1945, brought down by the Allied armies of the United States, the United Kingdom, the Soviet Union, France, and other countries. The victorious powers divided Germany into four zones of occupation and later into two countries: the Federal Republic of Germany (West Germany) and the German Democratic Republic (East Germany), separated for more than 40 years by a long boundary. In East Germany this boundary was, until the fall of its communist government in 1989, marked by defenses designed to prevent escape. The 185 square miles (480 square km) of the “island” of West Berlin were similarly ringed from 1961 to 1989 by the Berlin Wall running through the city and by a heavily guarded wire-mesh fence in the areas abutting the East German countryside. Although Berlin was a flashpoint between the United States and the Soviet Union during the Cold War, the city declined in national and international significance until 1989–90, when a popular and peaceful uprising toppled the East German government and soon after restored a united Berlin as the capital of a reunified Germany.

Since World War II, Germany has made great efforts to both commemorate the victims and redress the crimes of the Holocaust, providing strong material and political support for the state of Israel and actively prosecuting hate crimes and the propagation of neo-Nazi doctrine; the latter became an issue in the 1990s with the rise in Germany of anti-immigrant skinhead groups and the availability of Hitler’s Mein Kampf over the Internet. Clearly, modern Germany struggles to balance its national interests with those of an influx of political and economic refugees from far afield, especially North Africa, Turkey, and South Asia, an influx that has fueled ethnic tensions and swelled the ranks of nationalist political parties, particularly in eastern Germany, where unemployment was double that of the west. Tensions became especially acute in the second decade of the 21st century, when more than one million migrants entered Germany in the wake of the revolutions of the Arab Spring and the Syrian Civil War.

Germany is bounded at its extreme north on the Jutland peninsula by Denmark. East and west of the peninsula, the Baltic Sea (Ostsee) and North Sea coasts, respectively, complete the northern border. To the west, Germany borders The Netherlands, Belgium, and Luxembourg; to the southwest it borders France. Germany shares its entire southern boundary with Switzerland and Austria. In the southeast the border with the Czech Republic corresponds to an earlier boundary of 1918, renewed by treaty in 1945. The easternmost frontier adjoins Poland along the northward course of the Neisse River and subsequently the Oder to the Baltic Sea, with a westward deviation in the north to exclude the former German port city of Stettin (now Szczecin, Poland) and the Oder mouth. This border reflects the loss of Germany’s eastern territories to Poland, agreed to at the Yalta Conference (February 1945), mandated at the Potsdam Conference (July–August 1945) held among the victorious World War II Allies, and reaffirmed by subsequent governments.