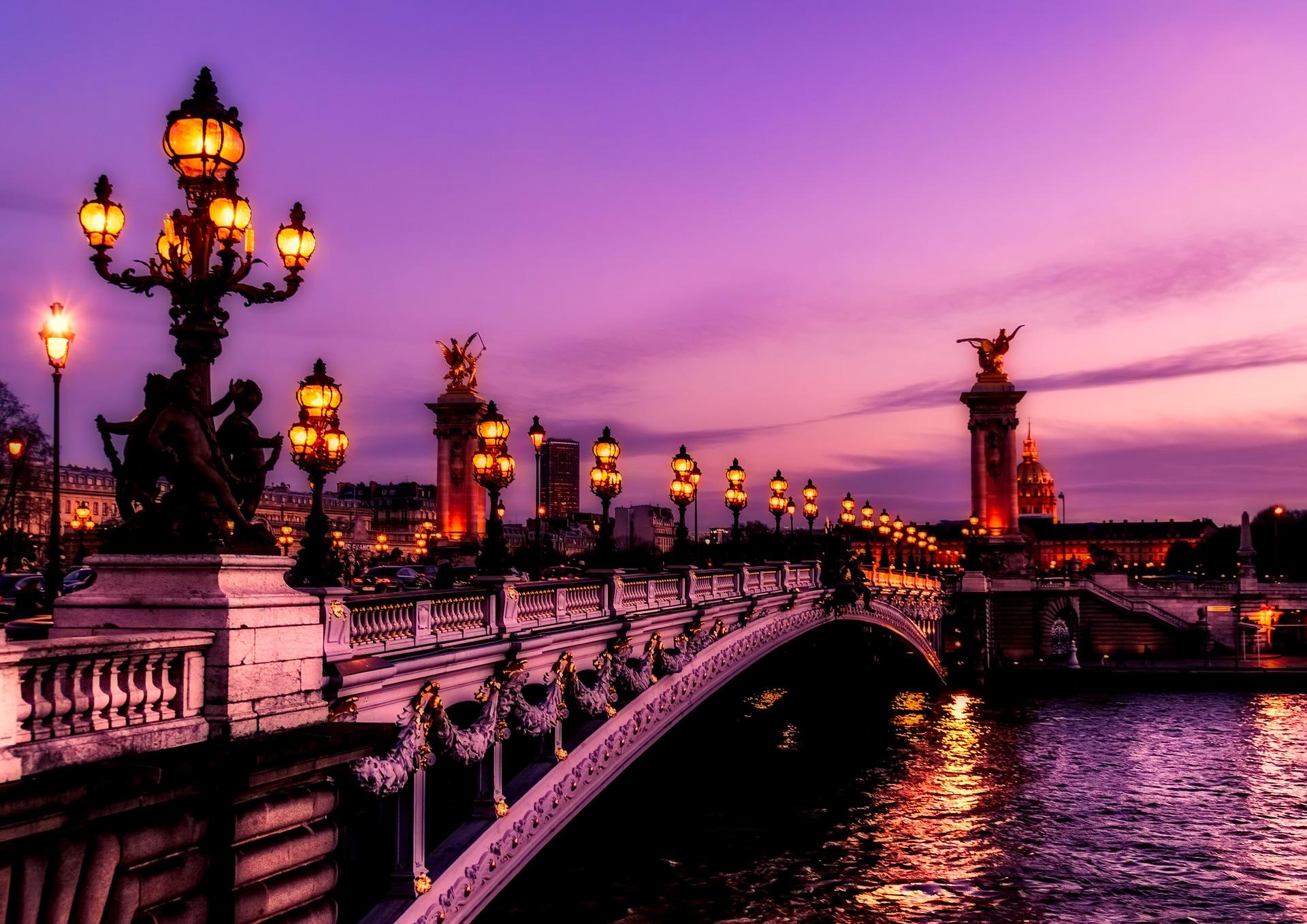 France, officially French Republic, French France or République Française, country of northwestern Europe. Historically and culturally among the most important nations in the Western world, France has also played a highly significant role in international affairs, with former colonies in every corner of the globe. Bounded by the Atlantic Ocean and the Mediterranean Sea, the Alps and the Pyrenees, France has long provided a geographic, economic, and linguistic bridge joining northern and southern Europe. It is Europe’s most important agricultural producer and one of the world’s leading industrial powers.

France is among the globe’s oldest nations, the product of an alliance of duchies and principalities under a single ruler in the Middle Ages. Today, as in that era, central authority is vested in the state, even though a measure of autonomy has been granted to the country’s régions in recent decades. The French people look to the state as the primary guardian of liberty, and the state in turn provides a generous program of amenities for its citizens, from free education to health care and pension plans. Even so, this centralist tendency is often at odds with another long-standing theme of the French nation: the insistence on the supremacy of the individual. On this matter historian Jules Michelet remarked, “England is an empire, Germany is a nation, a race, France is a person.” Statesman Charles de Gaulle, too, famously complained, “Only peril can bring the French together. One can’t impose unity out of the blue on a country that has 265 kinds of cheese.”

At once universal and particular, French culture has spread far and greatly influenced the development of art and science, particularly anthropology, philosophy, and sociology.

France has also been influential in government and civil affairs, giving the world important democratic ideals in the age of the Enlightenment and the French Revolution and inspiring the growth of reformist and even revolutionary movements for generations. The present Fifth Republic has, however, enjoyed notable stability since its promulgation on September 28, 1958, marked by a tremendous growth in private initiative and the rise of centrist politics. Although France has engaged in long-running disputes with other European powers (and, from time to time, with the United States, its longtime ally), it emerged as a leading member in the European Union (EU) and its predecessors. From 1966 to 1995 France did not participate in the integrated military structure of the North Atlantic Treaty Organization (NATO), retaining full control over its own air, ground, and naval forces; beginning in 1995, however, France was represented on the NATO Military Committee, and in 2009 French President Nicolas Sarkozy announced that the country would rejoin the organization’s military command. As one of the five permanent members of the United Nations Security Council—together with the United States, Russia, the United Kingdom, and China—France has the right to veto decisions put to the council.

The capital and by far the most important city of France is Paris, one of the world’s preeminent cultural and commercial centres. A majestic city known as the ville lumière, or “city of light,” Paris has often been remade, most famously in the mid-19th century under the command of Georges-Eugène, Baron Haussman, who was committed to Napoleon III’s vision of a modern city free of the choleric swamps and congested alleys of old, with broad avenues and a regular plan. Paris is now a sprawling metropolis, one of Europe’s largest conurbations, but its historic heart can still be traversed in an evening’s walk. Confident that their city stood at the very centre of the world, Parisians were once given to referring to their country as having two parts, Paris and le désert, the wasteland beyond it. Metropolitan Paris has now extended far beyond its ancient suburbs into the countryside, however, and nearly every French town and village now numbers a retiree or two driven from the city by the high cost of living, so that, in a sense, Paris has come to embrace the desert and the desert Paris.

Among France’s other major cities are Lyon, located along an ancient Rhône valley trade route linking the North Sea and the Mediterranean; Marseille, a multiethnic port on the Mediterranean founded as an entrepôt for Greek and Carthaginian traders in the 6th century BCE; Nantes, an industrial centre and deepwater harbour along the Atlantic coast; and Bordeaux, located in southwestern France along the Garonne River.

France lies near the western end of the great Eurasian landmass, largely between latitudes 42° and 51° N. Roughly hexagonal in outline, its continental territory is bordered on the northeast by Belgium and Luxembourg, on the east by Germany, Switzerland, and Italy, on the south by the Mediterranean Sea, Spain, and Andorra, on the west by the Bay of Biscay, and on the northwest by the English Channel (La Manche). To the north, France faces southeastern England across the narrow Strait of Dover (Pas de Calais). Monaco is an independent enclave on the south coast, while the island of Corsica in the Mediterranean is treated as an integral part of the country.

The French landscape, for the most part, is composed of relatively low-lying plains, plateaus, and older mountain blocks, or massifs. This pattern clearly predominates over that of the younger, high ranges, such as the Alps and the Pyrenees. The diversity of the land is typical of Continental Europe.

Three main geologic regions are distinguishable: the skeletal remains of ancient mountains that make up the Hercynian massifs; the northern and western plains; and the higher young fold mountains in the south and southeast, including the Alps and the Pyrenees, with their attendant narrow plains. Much of the detailed relief can be attributed geologically to the varying differences in the resistance of rocks to erosion. A great deal of the present landscape detail is due to glaciation during the Pleistocene Epoch (about 2,600,000 to 11,700 years ago). France lay outside the range of the great ice sheets that descended upon the northern part of Europe, so the direct sculpting of the land by ice was restricted to the Alps, the Pyrenees, the Vosges, Corsica, and the highest summits of the Massif Central. Just outside these glacial areas, in what are known as periglacial lands, repeated freezing and thawing of unprotected surfaces modified slopes by the movement of waste sheets (formed of shattered bedrock), producing very much the landscape that exists today. Pleistocene periglacial action generated the sheets of the fine windblown limon, or loess, that is the basis of the most fertile lowland soils, and it possibly also created the Landes, a sandy plain in southwestern France. The development of river terraces (flat, raised surfaces alongside valleys) was another characteristic of periglacial action.

The Alpine earth movements produced a great upswelling along the line of the present upper Rhine, leaving the Vosges with steep eastern slopes that descend to a rift valley containing the plains of Alsace and Baden; on the west the upland descends rather gently into the scarplands of Lorraine. The Vosges reaches its maximum elevation in the south, near the Alps, where crystalline rocks are exposed; the highest summits are called ballons, and the highest is the Ballon de Guebwiller (Mount Guebwiller), with an elevation of 4,669 feet (1,423 metres). To the north the Vosges massif dips beneath a cover of forested sandstone from the Triassic Period (about 250 to 200 million years ago).

The vast plateau of the Massif Central covers about 33,000 square miles (86,000 square km), or some one-sixth of the area of the country. The Massif Central borders the Rhône-Saône valley on the east, the Languedoc lowlands on the south, the Aquitaine Basin on the southwest, and the Paris Basin on the north. The planation that occurred following the creation of the Hercynian belt removed the ancient mountain chains, but the block was uplifted under the impact of the Alpine mountain-building movements, with a steep descent on the east and southeast, nearest the Alps, and a gentle decline under the later sediments of the Aquitaine Basin to the west and the Paris Basin to the north. Much of the western massif, notably Limousin, consists of monotonous erosion surfaces. The centre and eastern parts of the massif were much fractured in the course of the Alpine movements, leaving behind upthrust blocks, of which the most conspicuous is the Morvan, the forested bastion of the northeastern corner of the massif. Downfaulted basins filled with sediments from Paleogene and Neogene times (i.e., about 65 to 2.6 million years ago), such as the Limagne near the city of Clermont-Ferrand in south-central France, were also formed. Faulting was associated with volcanic activity, which in the central part of the region formed the vast and complex structures of the massifs of Cantal and Monts Dore, where the Sancy Hill (Puy de Sancy), at 6,184 feet (1,885 metres), is the highest summit of the Massif Central. Farther west, on the fringe of the Limagne, is the extraordinary Chaîne des Puys, whose numerous cinder cones were formed only about 10,000 years ago and still retain the newness of their craters, lava flows, and other volcanic features. Numerous mineral springs, such as those at Vichy in the central Auvergne region, are a relic of volcanic activity.