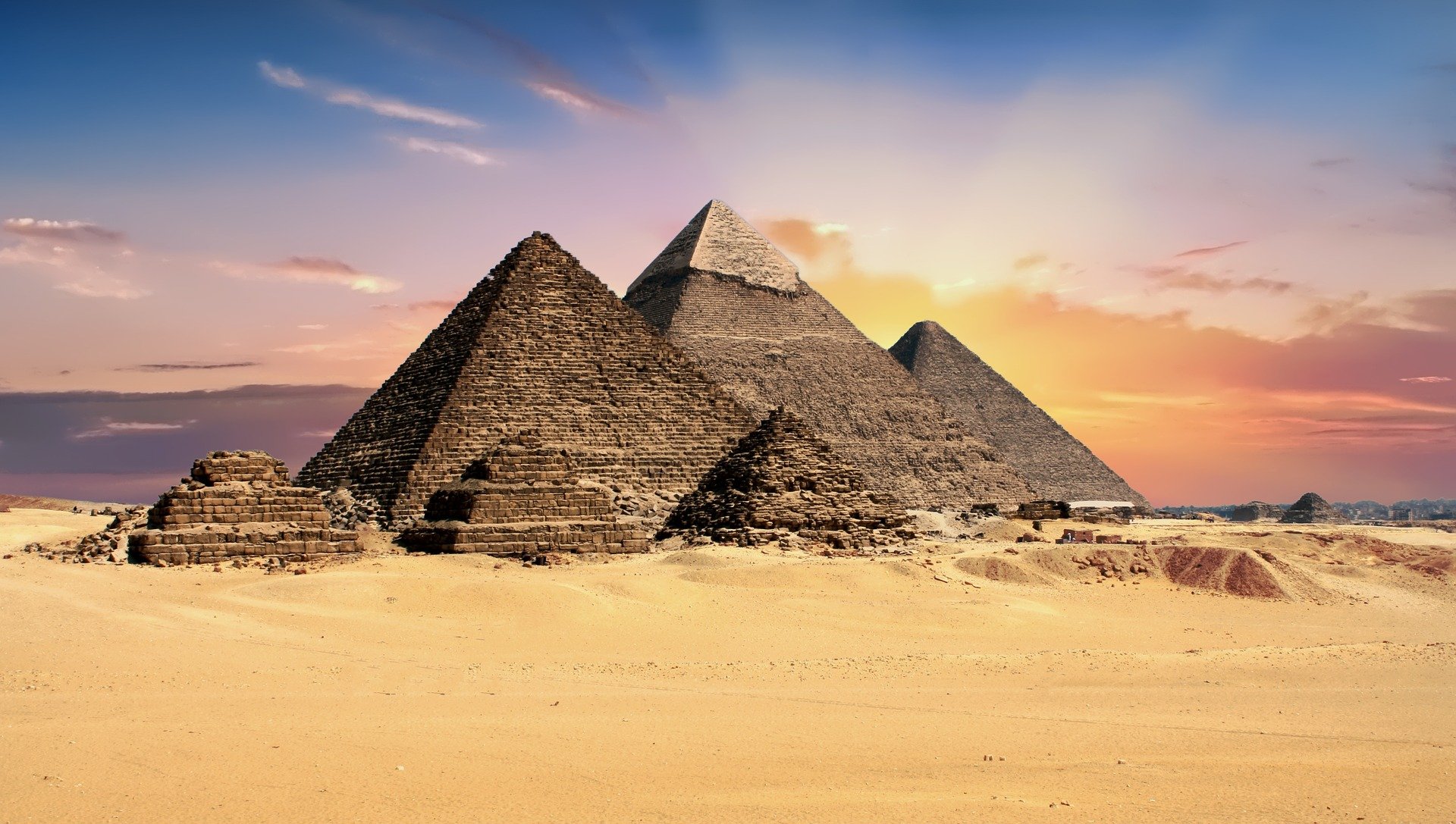 Egypt, country located in the northeastern corner of Africa. Egypt’s heartland, the Nile River valley and delta, was the home of one of the principal civilizations of the ancient Middle East and, like Mesopotamia farther east, was the site of one of the world’s earliest urban and literate societies. Pharaonic Egypt thrived for some 3,000 years through a series of native dynasties that were interspersed with brief periods of foreign rule. After Alexander the Great conquered the region in 323 BCE, urban Egypt became an integral part of the Hellenistic world. Under the Greek Ptolemaic dynasty, an advanced literate society thrived in the city of Alexandria, but what is now Egypt was conquered by the Romans in 30 BCE. It remained part of the Roman Republic and Empire and then part of Rome’s successor state, the Byzantine Empire, until its conquest by Arab Muslim armies in 639–642 CE.

Until the Muslim conquest, great continuity had typified Egyptian rural life. Despite the incongruent ethnicity of successive ruling groups and the cosmopolitan nature of Egypt’s larger urban centres, the language and culture of the rural, agrarian masses—whose lives were largely measured by the annual rise and fall of the Nile River, with its annual inundation—had changed only marginally throughout the centuries. Following the conquests, both urban and rural culture began to adopt elements of Arab culture, and an Arabic vernacular eventually replaced the Egyptian language as the common means of spoken discourse. Moreover, since that time, Egypt’s history has been part of the broader Islamic world, and though Egyptians continued to be ruled by foreign elite—whether Arab, Kurdish, Circassian, or Turkish—the country’s cultural milieu remained predominantly Arab.

Egypt eventually became one of the intellectual and cultural centres of the Arab and Islamic world, a status that was fortified in the mid-13th century when Mongol armies sacked Baghdad and ended the Abbasid caliphate. The Mamluk sultans of Egypt, under whom the country thrived for several centuries, established a pseudo-caliphate of dubious legitimacy. But in 1517 the Ottoman Empire defeated the Mamluks and established control over Egypt that lasted until 1798, when Napoleon I led a French army in a short occupation of the country.

The French occupation, which ended in 1801, marked the first time a European power had conquered and occupied Egypt, and it set the stage for further European involvement. Egypt’s strategic location has always made it a hub for trade routes between Africa, Europe, and Asia, but this natural advantage was enhanced in 1869 by the opening of the Suez Canal, connecting the Mediterranean Sea to the Red Sea. The concern of the European powers (namely France and the United Kingdom, which were major shareholders in the canal) to safeguard the canal for strategic and commercial reasons became one of the most important factors influencing the subsequent history of Egypt. The United Kingdom occupied Egypt in 1882 and continued to exert a strong influence on the country until after World War II (1939–45).

Background:
In about 3100 B.C., Egypt was united under a ruler known as Mena, or Menes, who inaugurated the 30 pharaonic dynasties into which Egypt’s ancient history is divided — the Old and the Middle Kingdoms and the New Empire. The pyramids at Giza (near Cairo), which were built in the fourth dynasty, testify the power of the pharaonic religion and state.

Egypt is the most populous country in the Arab world. Nominally independent from the UK in 1922, Egypt acquired full sovereignty following World War II.
The completion of the Aswan High Dam in 1971 and the resultant Lake Nasser have altered the time-honored place of the Nile river in the agriculture and ecology of Egypt.

A rapidly growing population (the largest in the Arab world), limited arable land, and dependence on the Nile all continue to overtax resources and stress society. The government has struggled to ready the economy for the new millennium through economic reform and massive investment in communications and physical infrastructure.

In January 2011, a popular protest began against the Mubarak government, the objective of the protest was for the removal of Mubarak from power. Hosni Mubarak ruled the country since 14 October 1981. The former Egyptian politician and military commander was ousted after 18 days of demonstrations during the what is today known as the 2011 Egyptian revolution.
(Source: various sources)

In 1952 a military coup installed a revolutionary regime that promoted a combination of socialism and Pan-Arab nationalism. The new regime’s extreme political rhetoric and its nationalization of the Suez Canal Company prompted the Suez Crisis of 1956, which was only resolved by the intervention of the United States and the Soviet Union, whose presence in the Mediterranean region thereafter kept Egypt in the international spotlight.

During the Cold War, Egypt’s central role in the Arabic-speaking world increased its geopolitical importance as Arab nationalism and inter-Arab relations became powerful and emotional political forces in the Middle East and North Africa. Egypt led the Arab states in a series of wars against Israel but was the first of those states to make peace with the Jewish state, which it did in 1979.

Egypt’s authoritarian political system was long dominated by the president, the ruling party, and the security services. With opposition political activity tightly restricted, decades of popular frustration erupted into mass demonstrations in 2011. The uprising forced Pres. Hosni Mubarak to step down, leaving a council of military officers in control of the country. Power was transferred to an elected government in 2012, and a new constitution was adopted at the end of the year. This elected government, however, was toppled a year later when the military intervened to remove the newly elected president, Mohamed Morsi, a member of the Islamist Muslim Brotherhood, following a series of massive public demonstrations against his administration. (For a discussion of unrest and political change in Egypt in 2011, see Egypt Uprising of 2011.)

The ancient Greek historian Herodotus called Egypt the “gift of the Nile.” Indeed, the country’s rich agricultural productivity—it is one of the region’s major food producers—has long supported a large rural population devoted to working the land. Present-day Egypt, however, is largely urban. The capital city, Cairo, is one of the world’s largest urban agglomerations, and manufacturing and trade have increasingly outstripped agriculture as the largest sectors of the national economy. Tourism has traditionally provided an enormous portion of foreign exchange, but that industry has been subject to fluctuations during times of political and civil unrest in the region.

Egypt’s land frontiers border Libya to the west, Sudan to the south, and Israel to the northeast. Egypt’s border with Sudan is notable for two areas, the Ḥalāʾib Triangle along the Red Sea and Biʾr Ṭawīl further inland, that are subject to differing claims by the two countries (see Researcher’s Note). In the north its Mediterranean coastline is about 620 miles (1,000 km), and in the east its coastline on the Red Sea and the Gulf of Aqaba is about 1,200 miles (1,900 km).

The topography of Egypt is dominated by the Nile. For about 750 miles (1,200 km) of its northward course through the country, the river cuts its way through bare desert, its narrow valley a sharply delineated strip of green, abundantly fecund in contrast to the desolation that surrounds it. From Lake Nasser, the river’s entrance into southern Egypt, to Cairo in the north, the Nile is hemmed into its trenchlike valley by bordering cliffs, but at Cairo these disappear, and the river begins to fan out into its delta. The Nile and the delta form the first of four physiographic regions, the others being the Western Desert (Arabic Al-Ṣaḥrāʾ al-Gharbiyyah), the Eastern Desert (Al-Ṣaḥrāʾ al-Sharqiyyah), and the Sinai Peninsula.