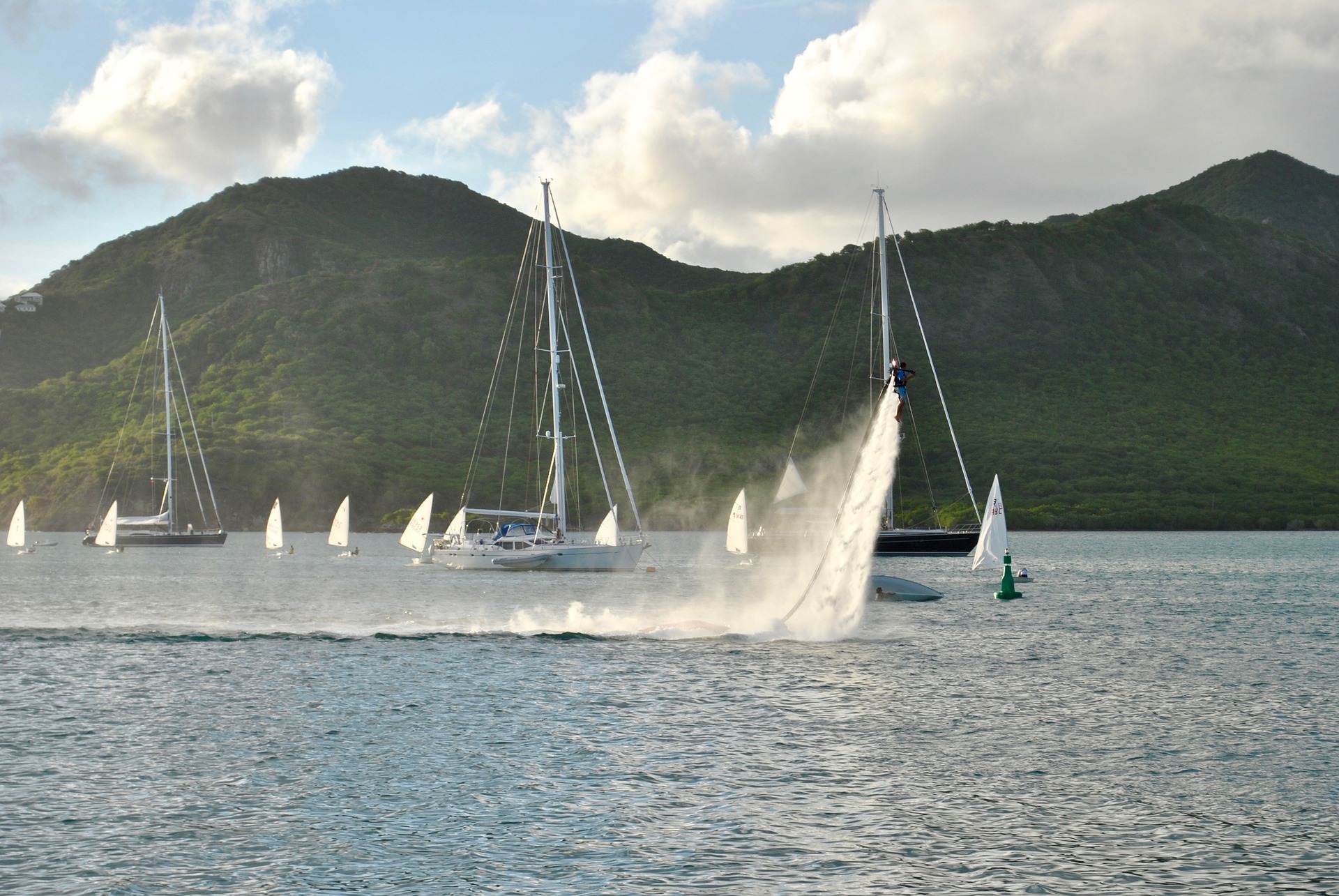 Antigua and Barbuda is a sovereign island country in the West Indies in the Americas, lying between the Caribbean Sea and the Atlantic Ocean. It consists of two major islands, Antigua and Barbuda separated by 63 km (39 mi), and smaller islands (including Great Bird, Green, Guiana, Long, Maiden, Prickly Pear, York Islands, Redonda). The permanent population number is about 97,120 (2019 est.), with 97% being resident on Antigua.[1] The capital and largest port and city is St. John’s on Antigua, with Codrington being the largest town on Barbuda. Lying near each other, Antigua and Barbuda are in the middle of the Leeward Islands, part of the Lesser Antilles, roughly at 17°N of the equator.

The island of Antigua was explored by Christopher Columbus in 1493 and named for the Church of Santa María La Antigua.[5] Antigua was colonized by Britain in 1632; Barbuda island was first colonised in 1678.[5] Having been part of the Federal Colony of the Leeward Islands from 1871, Antigua and Barbuda joined the West Indies Federation in 1958.[6] With the breakup of the federation, it became one of the West Indies Associated States in 1967.[7] Following self-governance in its internal affairs, independence was granted from the United Kingdom on 1 November 1981. Antigua and Barbuda is a member of the Commonwealth and Elizabeth II is the country’s queen and head of state.[8]

The economy of Antigua and Barbuda is particularly dependent on tourism, which accounts for 80% of GDP. Like other island nations, Antigua and Barbuda are particularly vulnerable to the effects of climate change, such as sea level rise, and increased intensity of extreme weather like hurricanes, which have direct impacts on the island through coastal erosion, water scarcity, and other challenges.[9] As of 2019, Antigua and Barbuda has a 0% individual income tax rate,[10] as does neighboring St. Kitts and Nevis.

CITIZENSHIP BY INVESTMENT IN ANTIGUA AND BARBUDA

The citizenship by investment programme for Antigua and Barbuda provides a second passport to investors offering visa-free travel to over 160 countries including the UK, EU Schengen zone, Hong Kong and Switzerland.  There are several options for investment to gaining citizenship in Antigua. Investors can choose to contribute $100,000 to the Antigua National Development Fund. They can invest $1.5m in establishing a business ($5.0m for two or more investors) or invest $400,000 in a government approved real estate project (can be reduced to $200,000 for connected investors).

The donation option is incredibly popular for families. There are fees and taxes to pay in addition but it remains the most cost effective Caribbean solution for a full family. Applicants must be of outstanding character, in good health and with no criminal record. There is no requirement for an interview for the Antigua citizenship programme and in fact there is no need to travel to the country to complete the application. There is a requirement to reside in Antigua for a minimum period of 5 days during the first five years when the investment must be maintained.

Antigua and Barbuda, islands that form an independent state in the Lesser Antilles in the eastern Caribbean Sea, at the southern end of the Leeward Islands chain. There is one dependency, the small island of Redonda. The capital is St. John’s, on Antigua. Antigua’s coastline is intricate, with bays and headlands fringed with reefs and shoals; several inlets, including Parham and English Harbour, afford anchorage for shipping, and St. John’s has a deepwater harbour.

Visit Antigua and Barbuda, where we’ve got the sun, the sea and plenty of much-needed space.

Antigua’s shoreline is washed almost exclusively by the Caribbean Sea and is hugged by 95 miles of superb coastline. Her sister Barbuda, is surrounded by protective reefs, and features a large lagoon and Frigate Bird sanctuary. The islands are best known for their friendly and welcoming people, pink and white-sandy beaches, crystal clear waters and the most satisfying and enjoyable climate in the world.