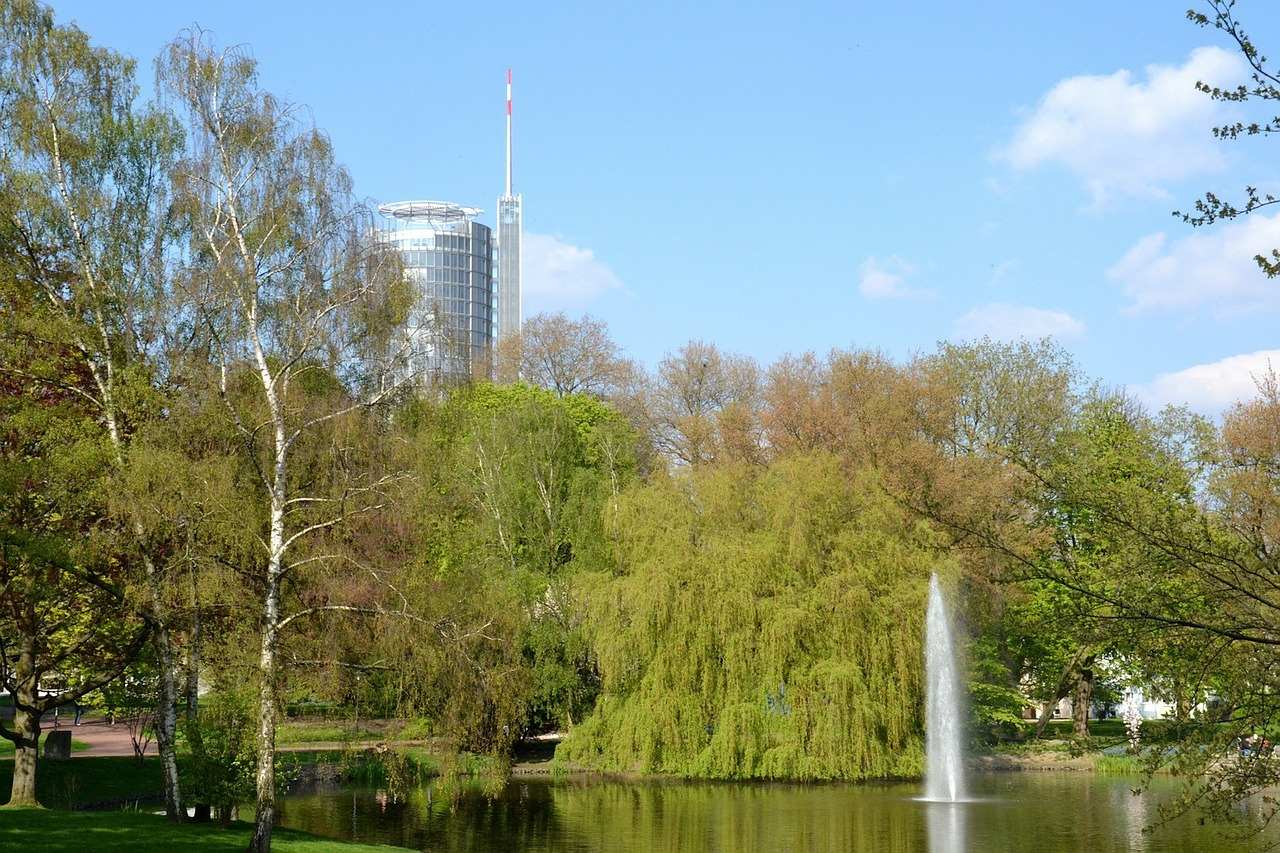 Essen, city, North Rhine–Westphalia Land (state), western Germany. It is situated between the Rhine-Herne Canal and the Ruhr River. Essen was originally the seat of an aristocratic convent (founded 852), still represented by the cathedral (Münsterkirche; now the seat of a Roman Catholic bishop), completed in the 15th century. In the suburb of Werden the abbey church was founded in 796 as part of a monastery. The convent and the abbey exercised local sovereignty as imperial states until their dissolution in 1802, when Essen passed to Prussia. The development of ironworks, steelworks, and coal mines during the 19th century stimulated …(100 of 360 words)

CULTURE AND SHOPPING IN A HEART OF GREEN

The metropolitan city of Essen is located at the heart of the Ruhr region conurbation. This former industrial powerhouse has increasingly become a centre of culture and shopping. Despite its size, the city is surprisingly green with numerous parks and lakes which offer opportunity for relaxation and recreation.

But it hasn’t always been that way. Like the entire region, Essen still bears the traces of its heavy industrial past. You can still see the old collieries on the outskirts of town. The “Zeche Zollverein“, a former coalmine at the north end of the city, was designated a UNESCO World Heritage Site and draws many tourists to the city every year. Essen (along with the entire Ruhr region) was the European Capital of Culture in 2010 and impressed visitors with an interesting mix of history, art and lifestyle.

The university in Essen is one of the two locations ot the University of Duisburg-Essen. The campus in Essen is located north of downtown. In some cases, you might have to attend lectures and seminars in both Essen and Duisburg. Most students don’t mind the commute because there’s the university shuttle which commutes every hour between both campuses.

We recommend taking a tour of the Zeche Zollverein or seeing an exhibition at the Folkwang Museum. Newly rebuilt in 2010, the museum has made a name for itself with a number of fascinating exhibitions of classical and modern art. If you are interested in watching movies at the cinema, you should pay a visit to the “Lichtburg” downtown. The cinema holds Germany’s largest movie auditorium which is remarkable for its classical, clear architectural style.

Because Essen is home to people from so many different countries and cultures, the city has a colourful range of cuisine to choose from. Around the Rüttenscheider Stern, you’ll find a wide array of small and interesting dining locales which cater to every kind of taste. A culinary festival, “Essen…verwöhnt”, takes place in Essen every summer. Numerous restaurants around the city present their cuisine at the festival on Kettwiger Strasse where you can try out a wide variety of dishes. If you need more inspiration, take a look at the “Ruhr-Menü” page – an interactive map which helps you find trendy, classy and nice restaurants. The recommendations by locals and tourists are what make this online site especially useful.

Formerly Germany’s coal-mining region, the Ruhr Area forms one of the largest conurbations in Europe and is now known for being one of the continent’s densest cultural landscapes. Places such as Bochum, Dortmund, Duisburg, Essen and Oberhausen have come together to form a fascinating urban area full of surprises.

All 53 towns and cities in the Ruhr Area have one thing in common: They have successfully achieved the remarkable transition from industry to culture. What has emerged is Europe’s densest cultural landscape with 1,000 industrial monuments, 200 museums, 250 festivals, 120 theatres and three musical theatres. Major international events, such as the Ruhrtriennale arts and music festival, take place at venues across the region and feature some of the most exciting performances currently to be found on stages and in concert halls anywhere. Visitors travelling through the region will be met with a down-to-earth warmth unlike anywhere else.

Although coal is no longer mined here, blast furnaces, gasometers and winding towers still dominate the landscape of the Ruhrgebiet and serve as venues for theatre, music, painting, dance, performance, sport, relaxation and more. They can be explored in Duisburg-Nord Industrial Landscape Park and along the Route of Industrial Heritage, a 400-km circuit through the Ruhrgebiet that takes in 54 striking monuments to Germany’s industrial past and present. One of these monuments is the Zollverein Coal Mine Industrial Complex, a UNESCO World Heritage site in Essen, which was recently named the European Green Capital. And it’s no wonder why: Glorious nature thrives between the many monuments and cultural highlights – proof, if ever it was needed, that there are very few metropolises as surprising as the Ruhrgebiet.

It’s taken a few decades, but Germany’s seventh-largest city has mastered the transition from coal and steel powerhouse – spearheaded by the Krupp empire – to post-industrial city of commerce and culture. Visitors will be richly rewarded on their stopover. A visit with Van Gogh? Go to the Museum Folkwang. Emperor Otto III’s gem-studded childhood crown? Head for the cathedral treasury. A Unesco-listed Bauhaus-style former coal mine with a fabulous museum? Look no further than Zeche Zollverein. Add to that a verdant green belt and half-timbered medieval quarters and you may find it hard to believe you’re in the Ruhrgebiet.

Essen lies in the heart of the Ruhr Metropolis, home to about 6 million people, the largest conurbation in Europe after London and Paris. With 570,000 inhabitants, Essen is one of Germany’s nine biggest cities. The coal and steel industries played a major role in shaping the city and the region was the centre of the German economic miracle in the 1950s and 1960s, when annual growth was 9%.

Allied bombing in World War II destroyed 90% of the city centre and 60% of the suburbs, which were rebuilt in the 1950s. Today, the old industrial enterprises remain big employers, though the unemployment rate is 12.4% and as high as 18% in the north of the city, compared with Germany’s national rate of 5.5%. The city has lost around 120,000 inhabitants in the past 30 years, and foreigners, including Lebanese, Turks and southern Europeans, represent 12% of the population. Although the city has around 40,000 students, the population is ageing, with 57.9% aged over 40 and 42.4% over 50.

Essen and Ruhr see culture as a revitalising tool, capable of stimulating growth as well as halting migration. “Change through Culture, Culture through Change” is the slogan for this region in a process of transformation from the industrial past to the economy of the future. Essen, along with the Ruhr District, won the title of European Capital of Culture 2010. Since then, the city has launched a creative and urban regeneration strategy, which includes the creation of a Kreative Quartier North Essen close to the city centre.