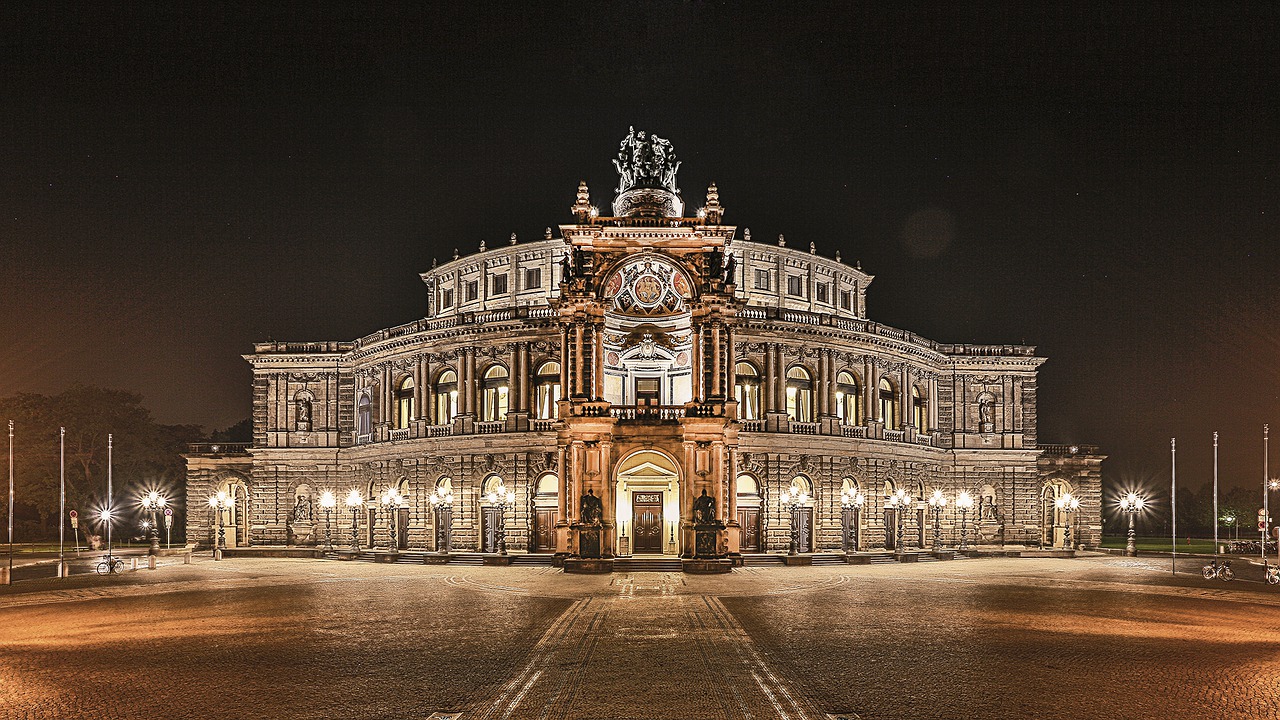 Dresden, city, capital of Saxony Land (state), eastern Germany. Dresden is the traditional capital of Saxony and the third largest city in eastern Germany after Berlin and Leipzig. It lies in the broad basin of the Elbe River between Meissen and Pirna, 19 miles (30 km) north of the Czech border and 100 miles (160 km) south of Berlin. Sheltering hills north and south of the Elbe valley contribute to the mild climate enjoyed by Dresden. Numerous parks and cultural monuments exist along the Elbe’s course, particularly a steel bridge (1891–93), a cable railway (1898–1901), and a funicular (1894–95). The Elbe valley around the city was designated a UNESCO World Heritage site in 2004, but the construction of a four-lane bridge across the river caused UNESCO to revoke the designation in 2009. Pop. (2006 est.) 495,181.

Dresden originated as the Slav village of Drezdzany, meaning “Forest Dwellers on the Plain,” on the Elbe’s north bank. First mentioned in 1216, the town on the south bank was founded at a ford by Margrave Dietrich of Meissen as a German colony. The Slav settlement on the north bank, although older, was known as New Town and the later German town on the south bank as Old Town.

In 1270 Dresden became the capital of Margrave Henry the Illustrious, and after his death it belonged to the king of Bohemia and the margrave of Brandenburg until it was restored about 1319 to the margraves of Meissen, who chartered it in 1403. Upon the division of Saxony in 1485 it became the residence and capital of the Albertine line of Wettin rulers, later electors and kings of Saxony. Dresden accepted the Protestant Reformation in 1539. After a disastrous fire in 1491, the city was rebuilt and fortified. The electors Augustus I and Augustus II modernized the city in the Baroque and Rococo styles in the late 17th and 18th centuries, rebuilding New Town (burned in 1685) and founding Friedrichstadt, northwest of Old Town. The Treaty of Dresden (1745), between Prussia, Saxony, and Austria, ended the second Silesian War and confirmed Silesia as Prussian. Two-thirds destroyed in the Seven Years’ War (1756–63), Dresden’s fortifications were later dismantled. In 1813 Napoleon I made the town a centre of military operations and there won his last great battle on August 26 and 27 (see Battle of Dresden). Dresden’s prosperity grew rapidly during the 19th century, accelerated by the completion of railways connecting the city to Berlin and Leipzig. Industrial suburbs began to grow up, mostly on the south bank.

Dresden, the capital of Saxony

Dresden is the capital city of the Free State of Saxony (Freistaat Sachsen) in eastern Germany. During GDR (East German) times Dresden was the capital of the district of Dresden. Today, with a population of over half a million, it is a thriving city as part of reunited Germany. But it is perhaps best known for the massive firebombing that destroyed most of the city and killed at least 25,000 people in the last months of World War II.

Dresden Highlights
Despite its tragic past, Dresden is still filled with history and architecture today. Below you can learn about some of the city’s attractions and landmarks.

Dresden Rebuilt
Fortunately, much of the city’s past architectural and cultural glory has been restored, most of it since 1990 and German reunification. One of the most recent restorations is the Frauenkirche, completed in 2005. Originally built from 1726 to 1743, the landmark Protestant Church of Our Lady in the city’s Old Town was totally destroyed by Allied bombs in 1945. It took 60 years, but government, corporate and private donations finally led to the church’s reconstruction, stone by original stone (with the help of IBM computing power to track each stone). The church’s rededication took place in October 2005. Today Dresden can still lay claim to its nickname of “Florence on the Elbe” (das Elbflorenz).

Dresden has about ten million tourists a year, most of them from Germany. The Zwinger was rebuilt in 1964, the Semper Opera house in 1985, and the now most famous landmark of Dresden, the Frauenkirche, in 2005. When asked what they like most about their city, Dresden citizens will reply Old Town (which is quite compact, even though it has a lot of well-known attractions and museums of worldwide meaning), Dresden-Neustadt (an alternative central quarter) and the surroundings like the wine town Radebeul, the climbing area Saxon Switzerland, lots of castles, and most of the city landscape of about 80 quarters.

The level of international tourism is growing, especially from the US and China since Dresden is a stop between Prague and Berlin. Architecturally, Loschwitz is the most interesting living quarter, despite it being a hilly landscape.

Some people think that the sand stone buildings look black because of burnings or pollution. This is not true. Sandstone turns naturally dark as it ages. You can see the dark stones as well in the near by Saxon Switzerland and on pictures of Dresden from the 18th Century, where the sandstone-buildings are black as well.

Dresden lies in the former German Democratic Republic and the GDR architecture is still easily visible in the city. In the city center The “Prager Straße” and the “Kulturpalast” are examples for classical GDR architecture. If you leave the center you will find a lot of apartment blocks, called “Plattenbau” as they are typical in Eastern Europe and Russia. Traces of World War II are not visible in the city anymore.

Everywhere you look, you can see evidence of Dresden’s eventful history. With its Baroque architecture and the Elbe flowing through the city, Dresden is absolutely beautiful. The city offers a world-famous panorama unlike any other. Prestigious universities and modern technology companies offer ideal conditions for studying.

Dresden is the capital of the state of Saxony, located in eastern Germany. It has top-rate universities and a flourishing technology branch. Many large corporations, such as the chip manufacturers AMD and Infineon or the electronics company ZMD, have set up headquarters there. The city is also home to several suppliers to the automotive industry and the “Transparent Factory”, a VW production facility with a spectacular design.

Dresden is divided by the Elbe into two halves – the new part of the city (Neustadt) and the historic district (Altstadt). Most students live in the Neustadt. This is where you’ll find popular bars and clubs. If you go to the “Scheune” or one of the numerous jazz bars, you’re guaranteed to bump into many other students from your university.

The “Bunte Republik Neustadt” is a festival which takes place every summer. While musicians and artists perform, you can stroll through the flea markets and stands, and simply enjoy summer in Dresden.

You should definitely go on an Elbe boat tour and visit the city of Meissen. The historic centre of Meissen is small, but gorgeous. Taking a walk to the city castle, you can enjoy a beautiful view of the Elbe and the surrounding vineyards.