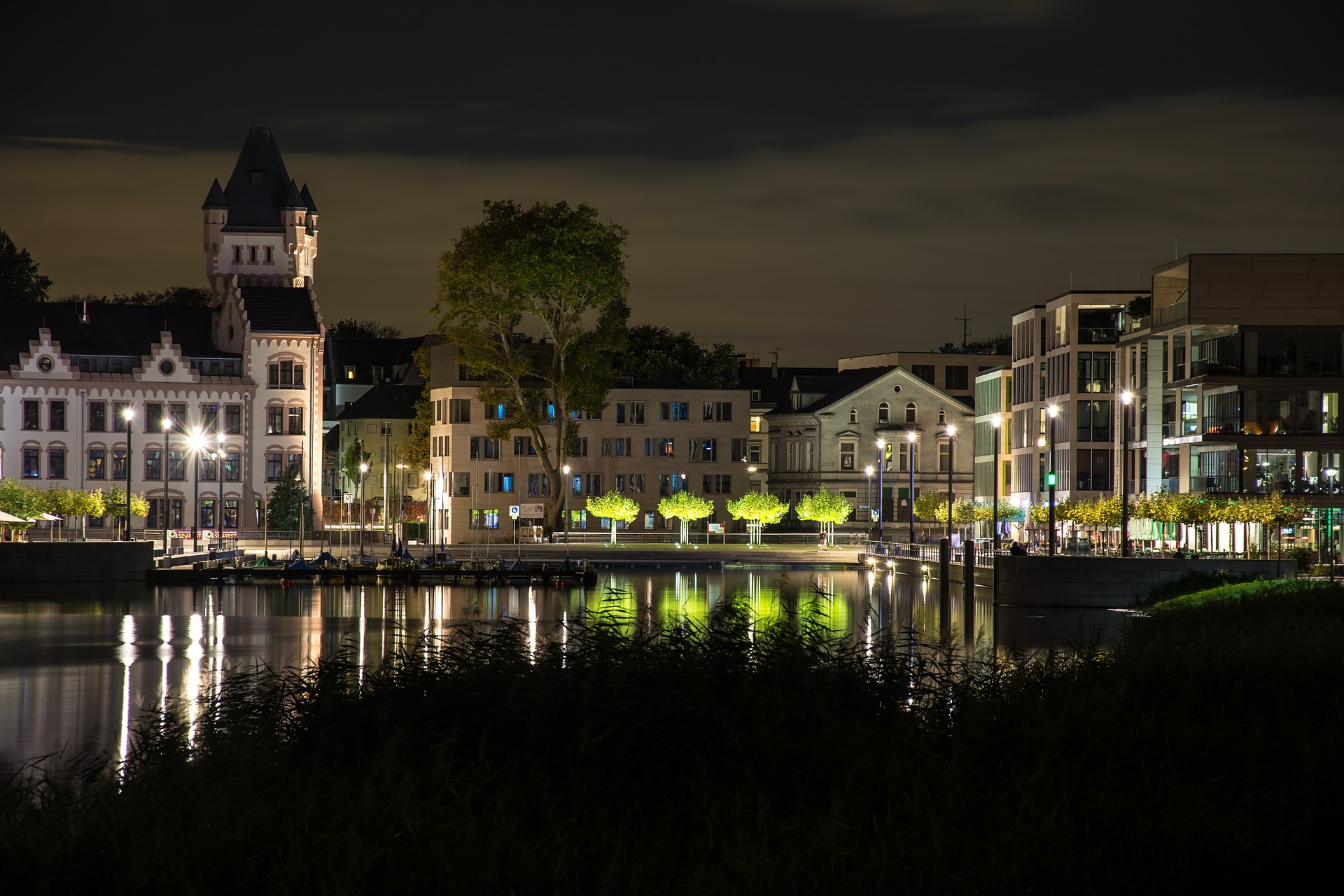 The city popping up first when people think of the Ruhr valley and that’s no surprise. Being the largest Ruhr City, it is also the third largest by population after Cologne and Duesseldorf and the geographical center of the State North Rhine-Westphalia . Worldwide the City is foremost know for Beer (pale export/lager beer called Dortmunder) and the famous sports club “Ballspielverein Borussia 09”, Borussia Dortmund or BVB fort short. However, the city is so much more than the reputation (Football, Beer and Industry) and has itself no need to shy away from the Cities on the Rhine. And yes, the city is no classy beauty and rough at first glance, though pretty honest, adorable and cordially at the second.

Founded around 882, Dortmund became an Imperial Free City. Throughout the 13th to 14th centuries, it was the “chief city” of the Rhine, Westphalia, the Netherlands Circle of the Hanseatic League. After the Thirty Years’ War the city was destroyed and decreased in significance until the onset of industrialization. The city then became one of Germany’s most important coal, steel and beer centres. Dortmund acquired the nickname Stahlstadt (“Steel City”) in the 19th century, when it became the world center of steel production. Consequently the city was one of the most heavily bombed cities in Germany during World War II. The devastating bombing raids of 12 March 1945 destroyed 98% of buildings in the inner city center. This bombing raids with more than 1,110 aircraft was a record to a single target in World war II.The region has adapted since the collapse of its century long steel and coal industries and shifted to high technology biomedical technology, micro systems technology and also services.

In 2009, Dortmund was classified as a Node city in the Innovation Cities Index published by 2thinknow and is the most sustainable city in Germany. In November 2017, according to a study by data of German National Statistics Office, the National Employment Agency, Mercer, Handelsblatt, Numbeo and Immowelt, Dortmund was ranked on position seven as the most livable cities in Germany for expats. In September 2017, the New York Times praised the city of Dortmund, which has adapted since the collapse of its century long steel and coal industries and shifted to high technology biomedical technology, micro systems technology and also services as the hidden star of structural change with a good quality of life for employers. According tothe 2017 Global Least & Most Stressful Cities Ranking Dortmund is one of the least stressful cities in the World. It’s ranked on place 27th out of 150 between Copenhagen and Vancouver and highly ranked in the category Traffic & Public Transport, Gender equality and debt per capital.

At higher education level, TU Dort­mund Uni­ver­sity cooperates in many different ways with other universities around the world. Its focus on the United States, which involves excellent relations with universities on site as well as numerous student exchange opportunities, is unique in North Rhine-Westphalia. As part of the Uni­ver­sity Alliance Ruhr, TU Dort­mund Uni­ver­sity operates joint liaison offices in New York and Moscow. This is where re­search contacts are developed and joint study and teaching projects are supported.

The International Office at TU Dort­mund Uni­ver­sity is responsible for fostering in­ter­na­tio­nal relations. With a portfolio in­clu­ding support and advice along with events and in­for­mation, it supports mobility from all over the world and out into the world – for students as well as for teaching and other staff. Built as a central forum for dialog on campus, the IBZ facilitates contacts between in­ter­na­tio­nal students as well as to global companies.

Dortmund is mostly famous for its football team, beer culture, and rich industrial heritage. Entirely rebuilt after WWII, Dortmund has become an innovative city oriented to the future. Described as a ‘green metropolis’ and voted one of the most sustainable cities in Germany, it converted many of its bygone industrial sites into museums and leisure facilities.

Featuring large parks such as Westfalenpark, museums like Binarium Dortmund and the German Football Museum, Dortmund is a city full of surprises for its visitors. The festive nature of German people can be seen in most of the brewery taverns that dot the city centre, as well as during the festive season, when Dortmund hosts one of Germany’s finest Christmas markets.

What are the best things to do in Dortmund?

Start the day on Alten Markt

Get ready for shopping in the heart of Dortmund

Alten Markt means Old Market in German. Established since the 12th century, this lively square is the historical centre of Dortmund. Today, surrounded by modern shopping centres and restaurants, the historical aspect of the square can only be spotted in its northeast corner in which sits the Adler Apotheke, a pharmacy that opened at this location in 1392 (it’s now a museum). On clear days, you can take in the mood of the city while enjoying a coffee on the terrace of a restaurant like Cotton’s or Maximilian.

Looking for information about business location Dortmund? Planning to spend a few days in Dortmund and not quite sure what to do and what to see? Well, you’ve landed at the right site: dortmund.de. The official Dortmund city information system.

The “Alter Markt” in Dortmund is the historical center of the city. It is located in the south of the shopping street “Westenhellweg”.

Like almost no other German city, Dortmund has seen enormous change in recent years. The former “steel city” developed into a modern and cosmopolitan metropolis, acquiring renown all across Europe as an innovative location for technological development.

But the biggest city in the Ruhr Valley also scores with a wide range of possibilities in the cultural and sporting sector, with extensive greens and a high quality of life.

Take the whole family on an outing to Dortmund – what a great idea! Even young tourists can find a load of activities that are sure to please. What about travelling back in time to the Ice Age? Perhaps a visit to Walter the orang-utan or Sandra, the giant anteater? The largest tepee in the world is also surely a great destination.

Everyone knows the BVB. And that’s a good thing! However, Dortmund has much more sports to offer than football. There are unlimited opportunities to participate in athletics here.

Culture enthusiasts will revel in Dortmund. Be awed by virtuoso concerts. Experience incredible intensity at the theatre. Discover the media art of the future. Dive into a world of coal, coke, and collegiality.

Business travellers will find everything they need in Dortmund for effective and successful work. Surrounded by one of the densest European motorway networks, with several airports, hourl