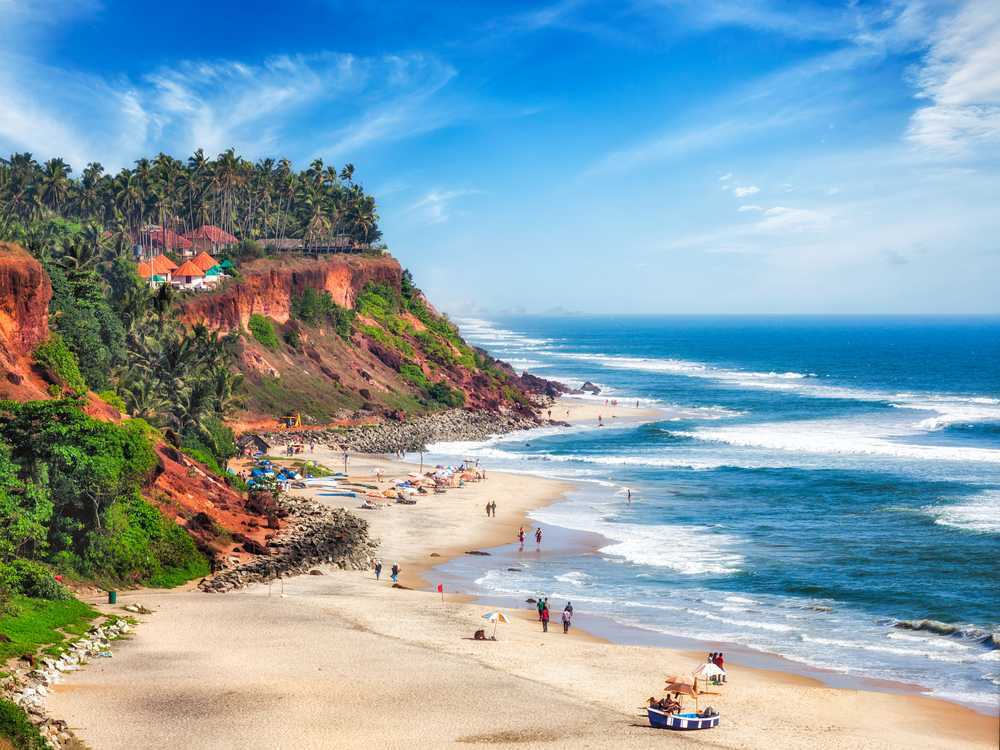 Varkala Beach, also known as Papanasham Beach, is a cliff beach situated in the Varkala town of Thiruvananthapuram District, India. The beach skirts the Arabian Sea, part of the Indian Ocean. Other beaches in the town include Varkala Black Beach, Odayam Beach, Kappil Beach and Aliyirakkam Cliff Beach.

Varkala, a calm and quiet hamlet, lies on the outskirts of Thiruvananthapuram district. It has several tourist attractions that include a beautiful beach, a 2000-year-old Vishnu Temple and the Ashramam – Sivagiri Mutt a little distance from the beach.

Varkala beach is the only place in southern Kerala where cliffs are found adjacent to the Arabian Sea. These cliffs are of tertiary sedimentary formation, and named by geologists as Varkala Formation. They are a geological monument as recorded by the Geological Survey of India. Water spouts and spas occur on the sides of these cliffs.