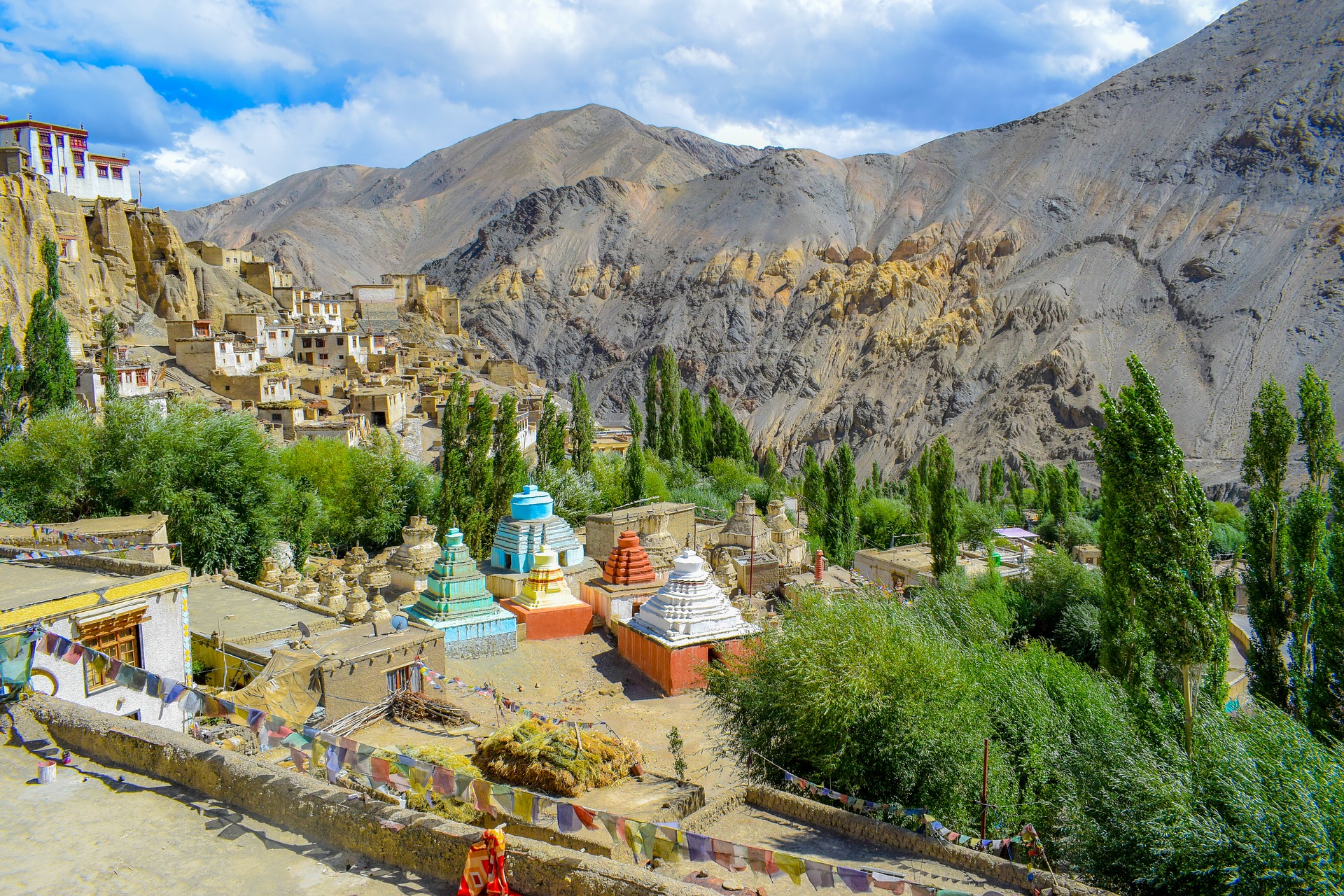 Thikse Gompa or Thikse Monastery (also transliterated from Ladakhi as Tiksey, Thiksey or Thiksay) is a gompa (Tibetan-style monastery) affiliated with the Gelug sect of Tibetan Buddhism. It is located on top of a hill in Thiksey approximately 19 kilometres (12 mi) east of Leh in Ladakh, India. It is noted for its resemblance to the Potala Palace in Lhasa, Tibet and is the largest gompa in central Ladakh, notably containing a separate set of buildings for female renunciates that has been the source of significant recent building and reorganisation.

This monastery is famous for pilgrim activities, architectural elements, sightseeing and exploration. The monastery has an interesting anecdote of how it was built in this exact location. It is said that when two Buddhist monks offered prayers and rituals at the Yellow Temple and were about to through a cake (offering to God) into the valley, a crow took away the cake and place it on a hilltop.

The monastery precinct at the foot of the hill has a courtyard from where a flight of steps leads to the main monastery (one of the 10 temples here), which is 12 stories in height. It has two main chambers. The monastery is painted in red, ochre and white and houses 60 lamas. It has an attached nunnery. Like Likir and Rangdum monasteries, it was built as a fort monastery in the Central Tibetan pattern. There are excellent views across the Indus Valley flood plain both east and westbound from it, from which the gompa at Matho (to the east), the royal palace at Stok (across the valley to the south) and the former royal palace at Shey (to the west) are clearly visible.