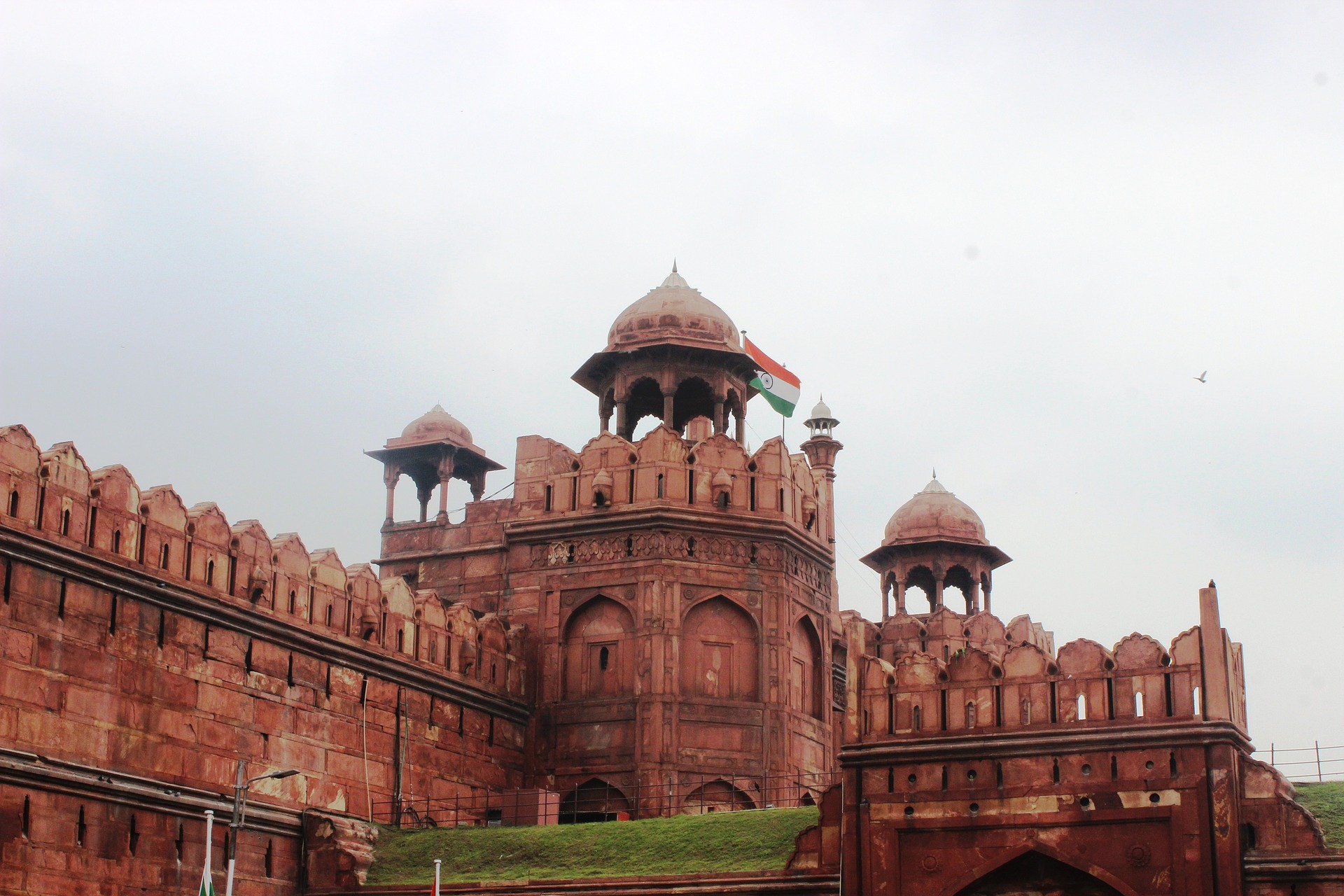 The Red sandstone walls of the massive Red Fort (Lal Qila) rise 33-m above the clamour of Old Delhi as a reminder of the magnificent power and pomp of the Mughal emperors. The walls, built in 1638, were designed to keep out invaders, now they mainly keep out the noise and confusion of the city.

The main gate, Lahore Gate, is one of the emotional and symbolic focal points of the modern Indian nation and attracts a major crowd on each Independence Day.

An earlier red fort had been built in Old Delhi in the 11th century by the Tomara king Anangapala. The Quṭb Mosque now stands on the site.