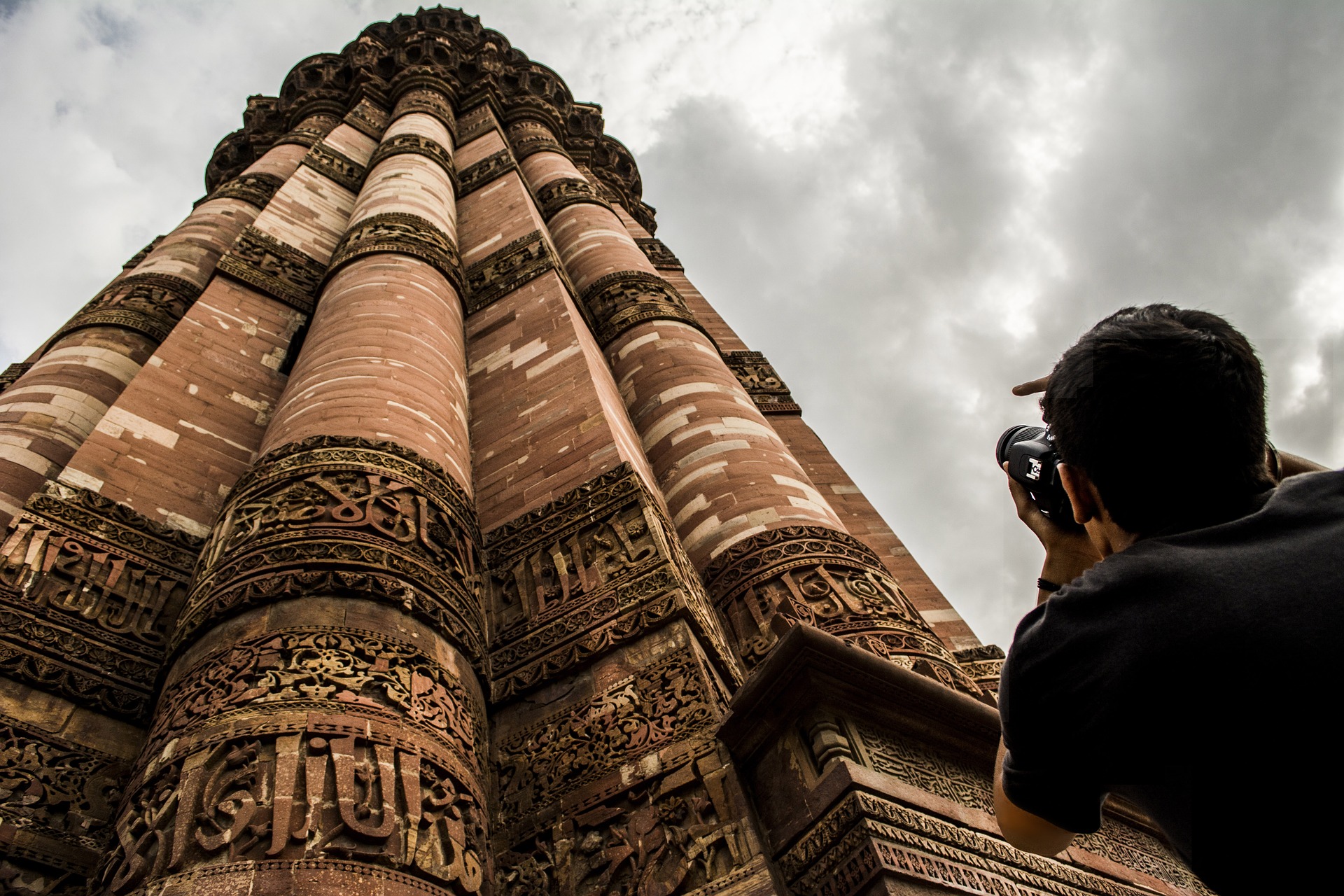 Built in the early 13th century a few kilometres south of Delhi, the red sandstone tower of Qutb Minar is 72.5 m high, tapering from 2.75 m in diameter at its peak to 14.32 m at its base, and alternating angular and rounded flutings. The surrounding archaeological area contains funerary buildings, notably the magnificent Alai-Darwaza Gate, the masterpiece of Indo-Muslim art (built in 1311), and two mosques, including the Quwwatu’l-Islam, the oldest in northern India, built of materials reused from some 20 Brahman temples.

The Qutub Minar in Delhi is a towering landmark which never fails to fascinate visitors. And why not! After all, it’s not every day that you come across an architectural masterpiece that boasts of being the world’s tallest brick tower and has remained so for more than 800 years. Isn’t that enough a reason to include this prime tourist attraction in your itinerary when you plan your trip and book your hotels in Delhi?

But is that all there is to this centuries-old historic monument in Delhi? Of course not! From its illustrious history to grand architecture, everything about this structure is awe-inspiring. This blog covers the history, architecture, timings, entry fee, and other details about Qutub Minar (also spelled as Qutab Minar and Qutb Minar) in Delhi.