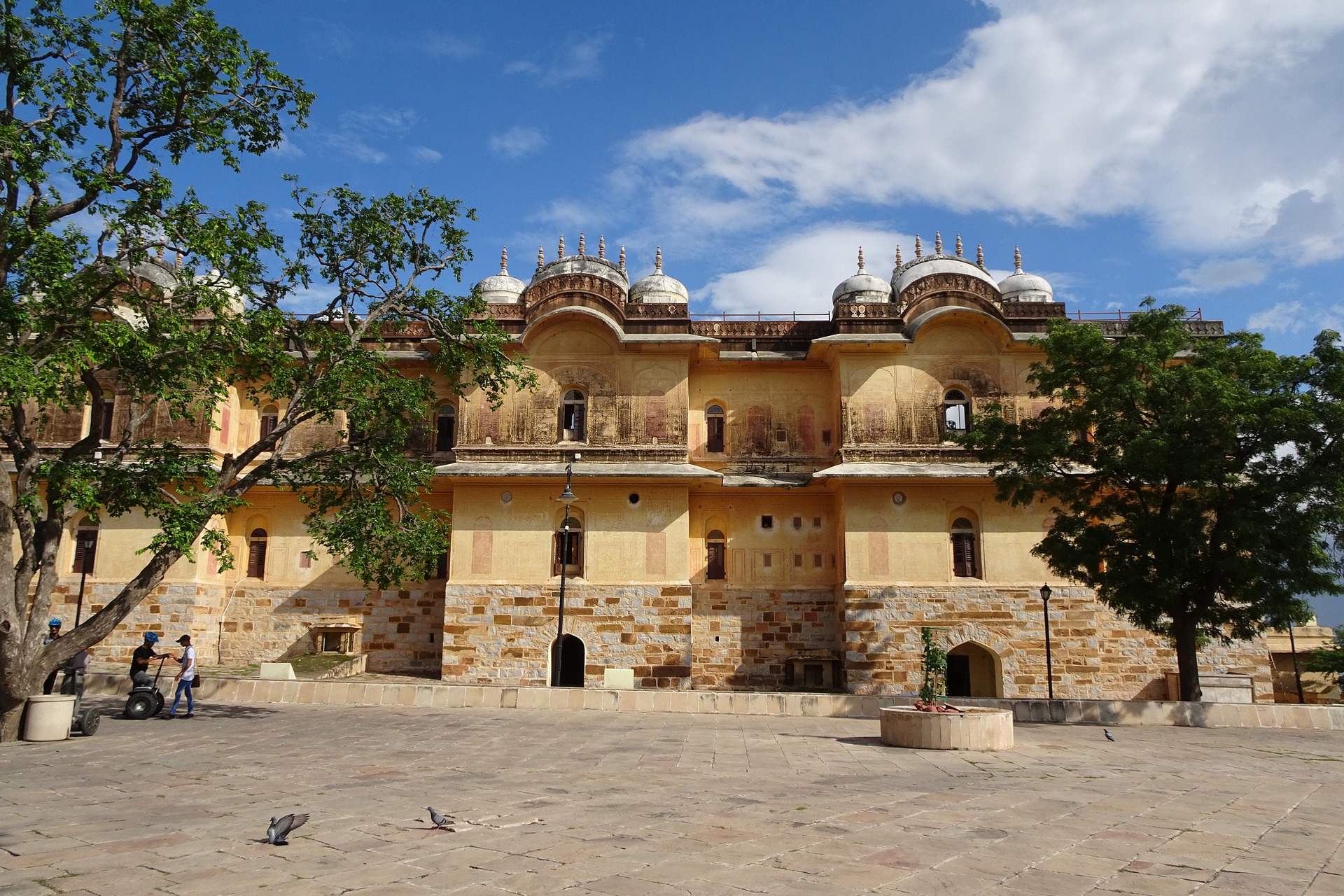 Nahargarh Fort stands on the edge of the Aravalli Hills, overlooking the city of Jaipur in the Indian state of Rajasthan. Along with Amer Fort and Jaigarh Fort, Nahargarh once formed a strong defense ring for the city. The fort was originally named Sudarshangarh, but it became known as Nahargarh, which means ‘abode of tigers’. Every morning the workers would find the previous day’s work destroyed. This is when the then Maharaja, Jai Singh discovered the land was haunted. They constructed a shrine in which the spirit could reside and named the fort Nahargarh. The popular belief is that Nahar here stands for Nahar Singh Bhomia, whose spirit haunted the place and obstructed construction of the fort. Nahar’s spirit was pacified by building a temple in his memory within the fort, which thus became known by his name.

The abode of tigers has an amazing view. Earlier it was a lonely place with magnificent structures and a few places to eat. But now the fort is bustling with noise due to the recent opening of the glass palace and wax museum.