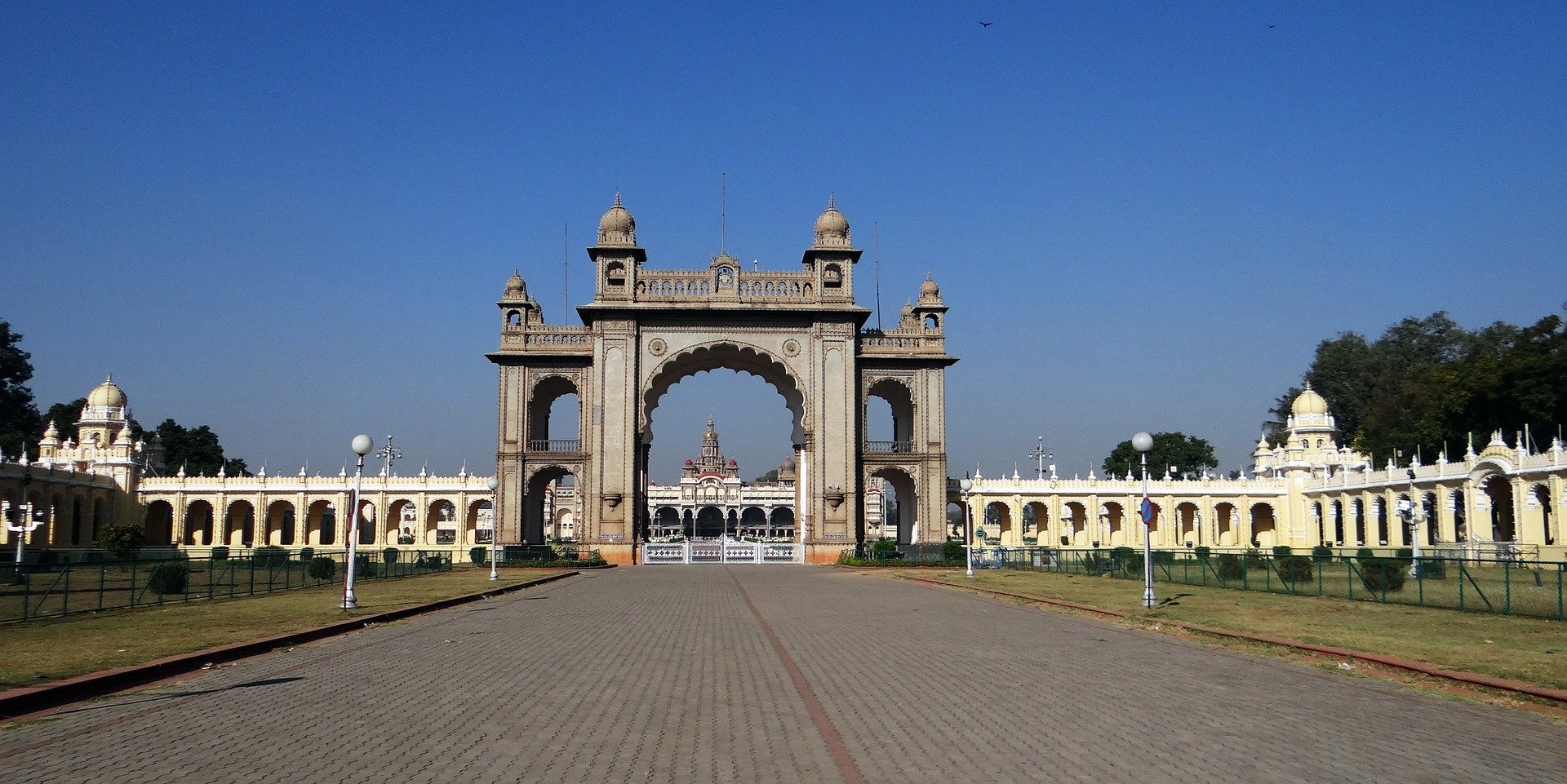 Mysore Palace is a historical palace and a royal residence at Mysore in the Indian State of Karnataka. It is the official residence of the Wadiyar dynasty and the seat of the Kingdom of Mysore. The palace is in the centre of Mysore, and faces the Chamundi Hills eastward. Mysore is commonly described as the ‘City of Palaces’, and there are seven palaces including this one; however, ‘Mysore Palace’ refers specifically to this one within the Old fort.

Mysore Palace, also called Amba Vilas Palace, is one of the most magnificent and largest palaces in India. There are fire extinguishing machines located in all parts of the palace in order to prevent any fires. Situated in the southern state of Karnataka, it used to be the official residence of the Wodeyar Dynasty, the rulers of Mysore from 1399 to 1950. The grand palace stands tall in the heart of Mysore city and attracts visitors from across the world. Being one of the prime attractions in India after the Taj Mahal, it certainly deserves a place in every traveler’s bucket list.