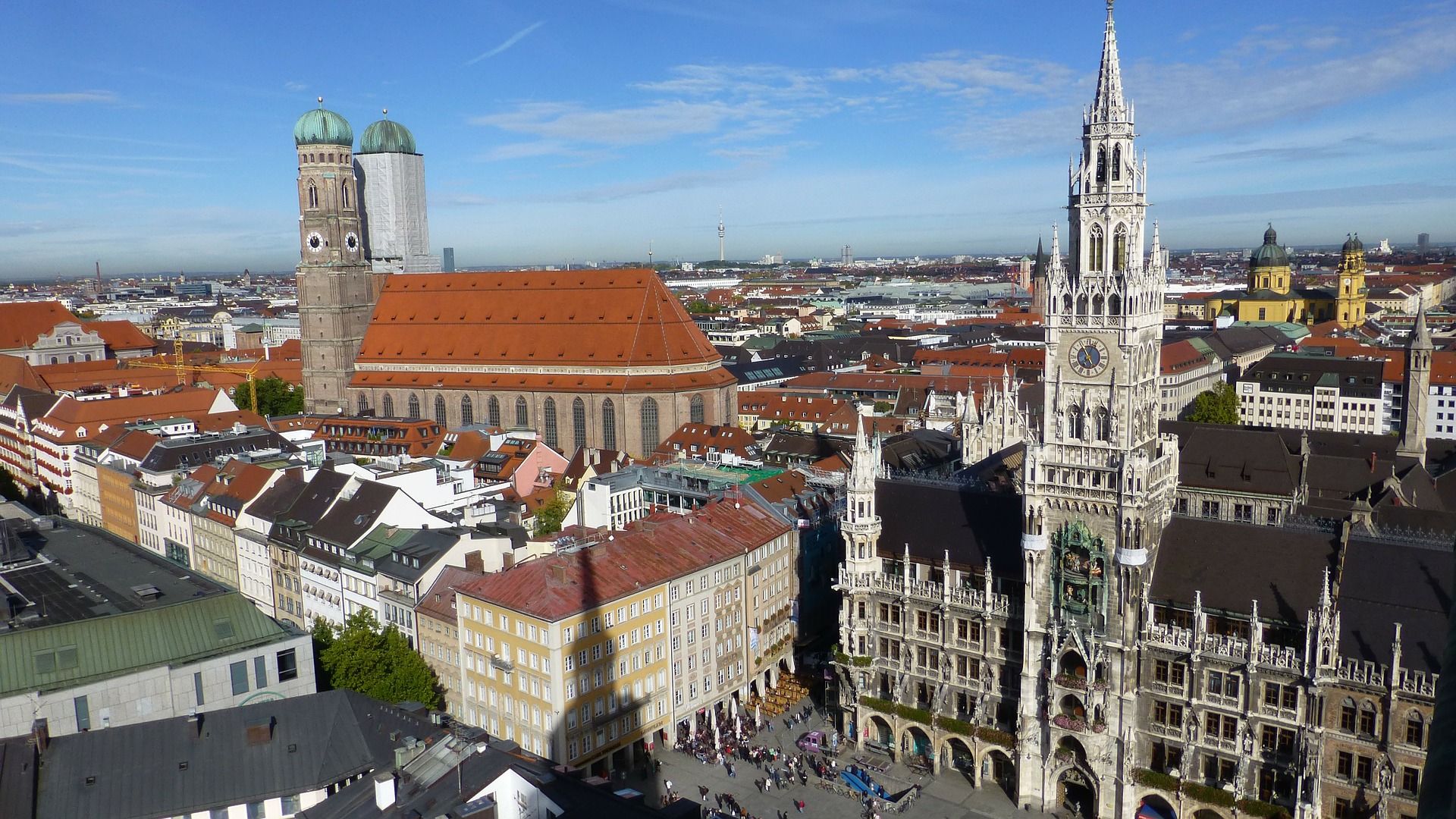 Marienplatz was named after the Mariensäule, a Marian column erected in its centre in 1638 to celebrate the end of Swedish occupation. Marienplatz is a central square in the city centre of Munich, Germany. It has been the city’s main square since 1158. Today the Marienplatz is dominated by the New City Hall (Neues Rathaus) on the north side, and the Old City Hall (Altes Rathaus, a reconstructed gothic council hall with a ballroom and tower) on the east side.

At each corner of the column’s pedestal is a statue of a putto, created by Ferdinand Murmann. The four putti are each depicted fighting a different beast, symbolizing the city’s overcoming of adversities: war represented by the lion, pestilence by the cockatrice, hunger or famine by the dragon and heresy by the serpent.