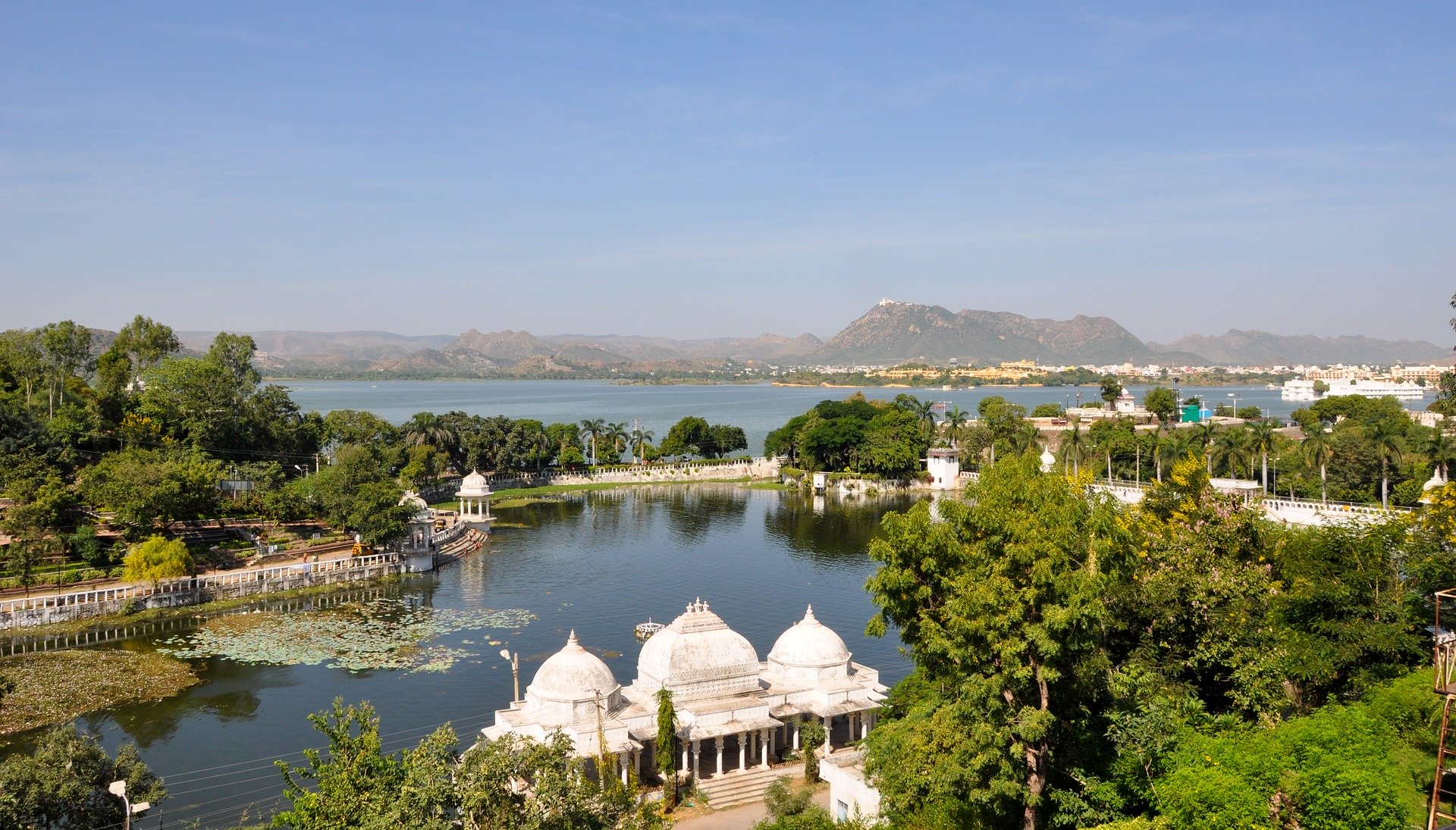 Lake Pichola, situated in Udaipur city in the Indian state of Rajasthan, is an artificial fresh water lake, created in the year 1362 AD, named after the nearby Picholi village. It is one of the several contiguous lakes, and developed over the last few centuries in and around the famous Udaipur city. The lakes around Udaipur were primarily created by building dams to meet the drinking water and irrigation needs of the city and its neighborhood. Two islands, Jag Niwas and Jag Mandir are located within Pichola Lake, and have been developed with several palaces to provide views of the lake.

There are four islands on the lake:

Jag Niwas, where the Lake Palace is built.
Jag Mandir, with the palace of the same name.
Mohan Mandir, from where the king would watch the annual Gangaur festival celebration.
Arsi Vilas, small island which was an ammunition depot, but also a small palace. This one was built by one of the maharanas of Udaipur to enjoy the sunset on the lake. It is also a sanctuary catering to a variety of birds, including tufted ducks, coots, egrets, terns, cormorants and kingfishers.
Three of the numerous lakes found in the vicinity of Udaipur which connect with the Pichola lake and the Saroop Sagar Lake connected by an arched bridge built by Maharana Swaroop Singh (1842-1861) which in turn connects to the Fateh Sagar Lake, the crystal watered lake in the midst of tree lined hills and the smaller Arsi vilas.[