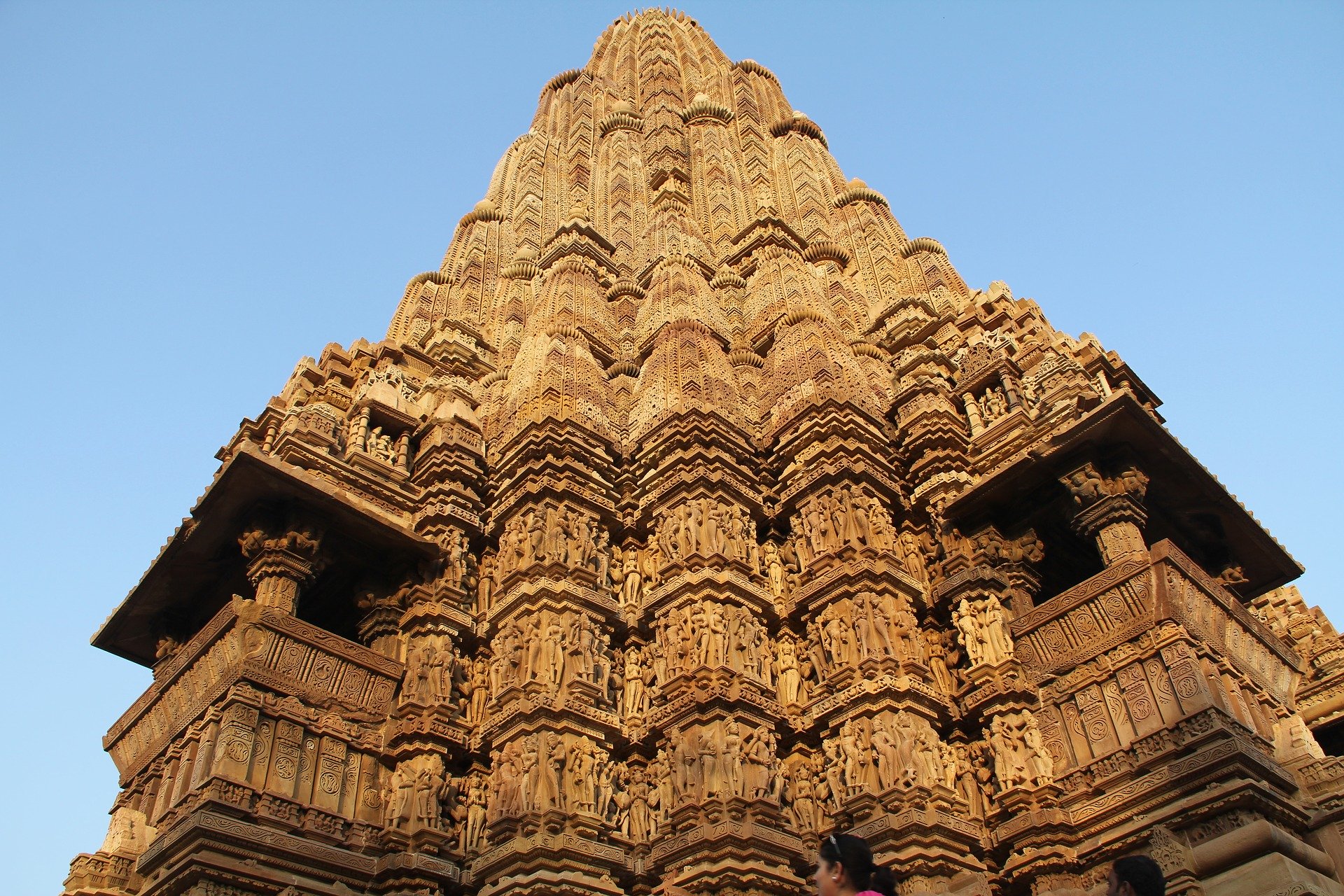 The Khajuraho monuments are located in the Indian state of Madhya Pradesh, in Chatarpur district, about 620 kilometres (385 mi) southeast of New Delhi. The temples are located near a small town also known as Khajuraho, with a population of about 20,000 people (2001 Census).