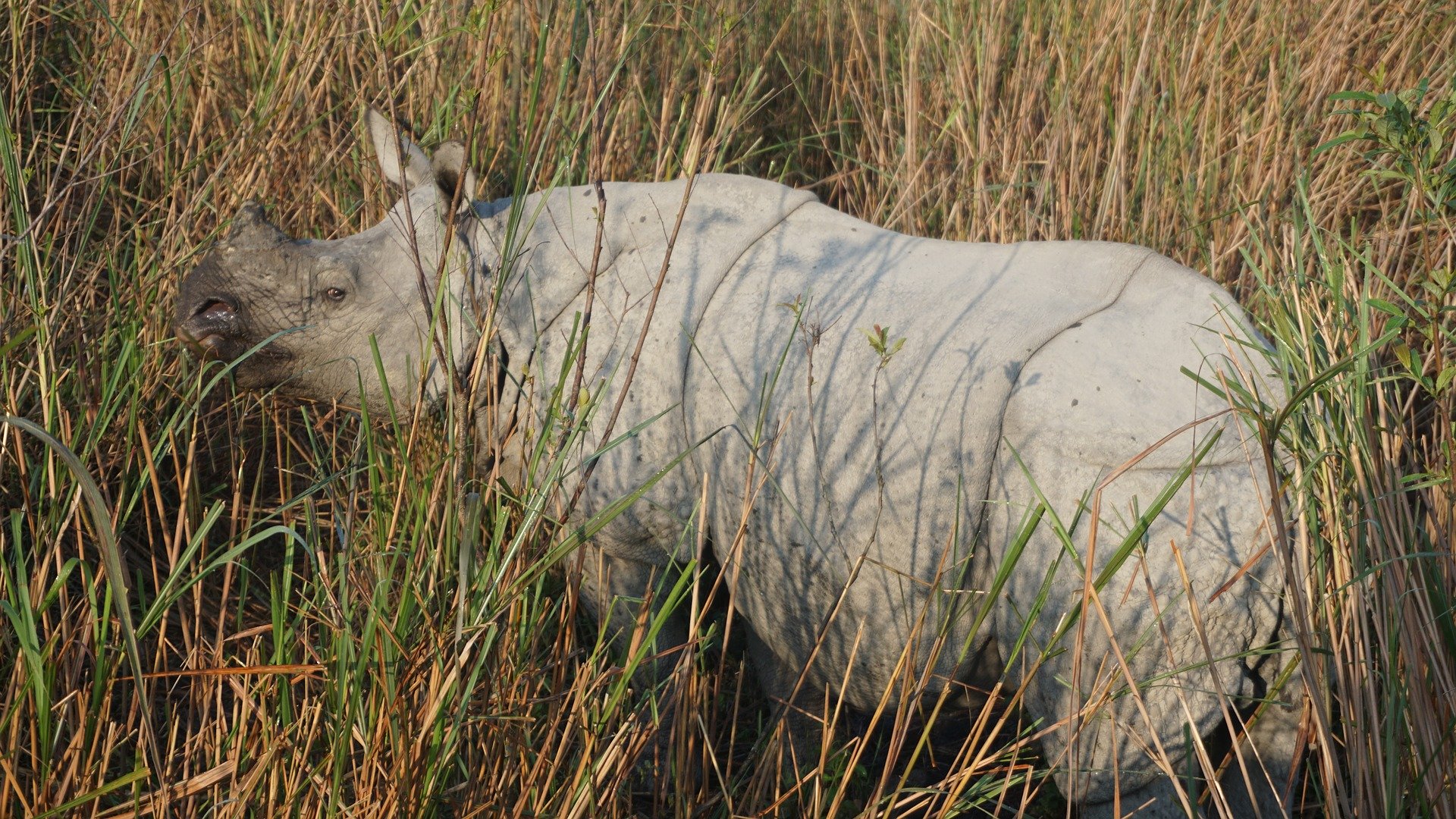 One of the most sought after wildlife holiday destinations in India, Kaziranga National park’s 430 square kilometer area sprinkled with elephant-grass meadows, swampy lagoons, and dense forests is home to more than 2200 Indian one-horned rhinoceros, approximately 2/3rd of their total world population. This prestigious national park of India is situated in the north eastern part of the country in the district of Golaghat and Nagoan in the state of Assam. Let’s go back to the beginnings of the twentieth century in the year of 1904 when this beautiful wildlife sanctuary was created, and about 68 years later it was declared as National Park. Formed in 1908 on the recommendation of Mary Curzon, the park is located in the edge of the Eastern Himalayan biodiversity hotspots – Golaghat and Nagaon district. In the year 1985, the park was declared as a World Heritage Site by UNESCO. It is said when Mary Curzon, the wife of the Viceroy of India – Lord Curzon of Kedleston, visited the park to see Indian one-horned rhinoceros; she wasn’t able to found even one. Then she persuaded her husband to take urgent measures to protect the dwindling species which he did by initiating planning for their protection.

Kaziranga National Park is one of the major wildlife tourist’s attractions in India. Thousands of travelers from different part of the country and world come here every year to unlock the doors of diverse wildlife and scout the exquisiteness of the natural empire. Kaziranga is a vast expanse of tall elephant grass, marshland, and dense tropical moist broadleaf forests, criss-crossed by four major rivers, including the Brahmaputra, and the park includes numerous small bodies of water. Kaziranga has been the theme of several books, songs, and documentaries. The park celebrated its centennial in 2005 after its establishment in 1905 as a reserve forest.