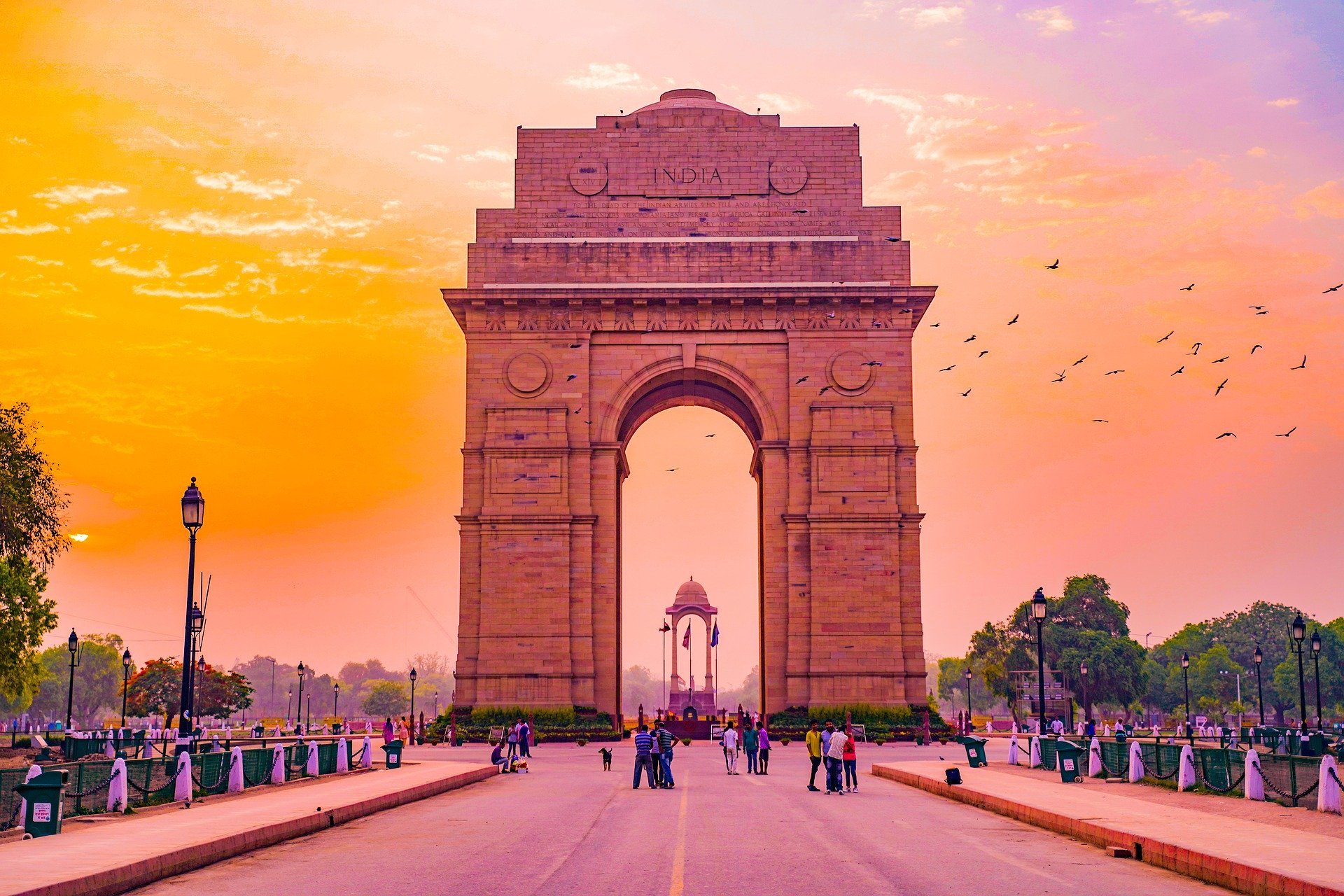 India Gate, official name Delhi Memorial, originally called All-India War Memorial, monumental sandstone arch in New Delhi, dedicated to the troops of British India who died in wars fought between 1914 and 1919. India Gate, which is located at the eastern end of the Rajpath (formerly called the Kingsway), is about 138 feet (42 metres) in height.

One of the main attractions of Delhi, India Gate was built as an ode to the fallen Indian soldiers of World War I. Designed by Sir Edwin Lutyens, the monument was completed in 1931. Another memorial, Amar Jawan Jyoti was added under the arch much later. The eternal flame burns day and night under the arch to remind the nation of soldiers who laid down their lives. During nightfall, India Gate is dramatically floodlit while the fountains nearby to make a lovely display with coloured lights and a large expanse of lush green lawns, which is a popular picnic spot.