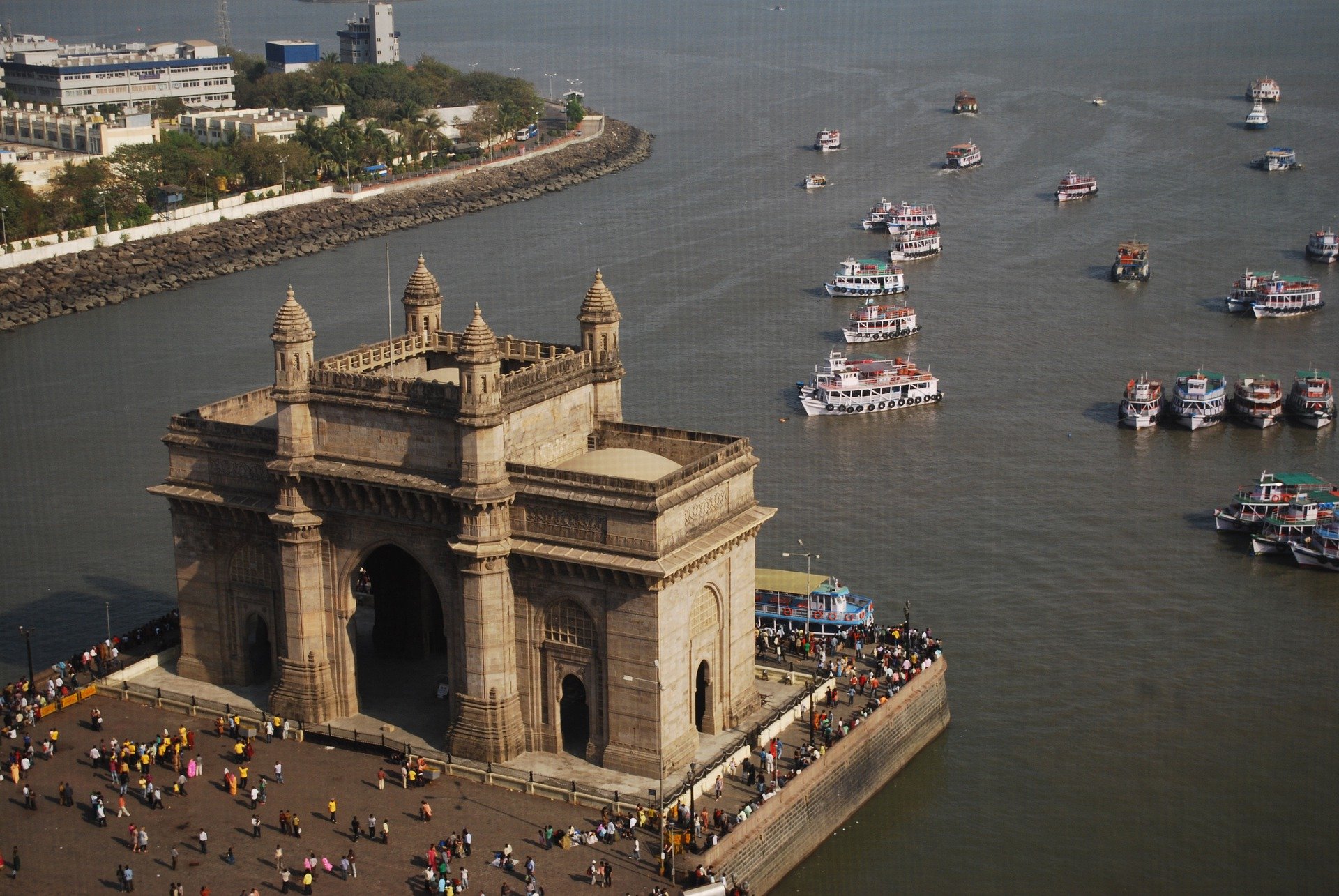 The Gateway of India is one of India’s most unique landmarks situated in the city of Mumbai. The colossal structure was constructed in 1924. Located at the tip of Apollo Bunder, the gateway overlooks the Mumbai harbor, bordered by the Arabian Sea in the Colaba district. The Gateway of India is a monument that marks India’s chief ports and is a major tourist attraction for visitors who arrive in India for the first time. At one point of time, this monument represented the grandeur of the British Raj in India. The total construction cost of this monument was approximately 21 lakhs and the whole expense was borne by the Indian government. A favourite spot for tourists, nowadays, this monument attracts vendors, food stalls and photographers. The passing of the ‘First Battalion of the Somerset Light Infantry’ was recorded as the first main event that took place at the Gateway of India. This ceremony was conducted on February 28, 1948, when the last set of British troops and divisions left India, post-independence.

The Gateway of India is located on the waterfront at Apollo Bunder area at the end of Chhatrapati Shivaji Marg in South Mumbai and overlooks the Arabian Sea. The monument has also been referred to as the Taj Mahal of Mumbai, and is the city’s top tourist attraction.

The Gateway of India was built to celebrate and honor the visit of King George V and Queen Mary to India for their formal proclamation as Emperor and Empress of India at the Delhi Durbar in December 1911. The foundation stone for the monument was laid by Sir George Sydenham Clarke, the Governor of Bombay on March 31, 1911 at what was a crude jetty used by the fishing community. A cardboard model of the proposed structure was presented to the Royal visitors and the final design of Scottish architect, George Wittet was sanctioned on March 31, 1914. Initial work to reclaim land for building the Gateway and a new sea wall at the Apollo Bunder (English: port) was started in 1915. Following completion of land reclamation in 1919, actual construction started and was completed in 1924. The formal inauguration of the Gateway of India was done by the Viceroy of India, Rufus Isaacs, Earl of Reading, on December 4, 1924. The approach road to the Gateway was never built due to lack of funds.

The Taj Mahal Palace hotel located right next to the Gateway of India was built by Jamshedji Tata and catered to a clientele of British elites, European and Indian Maharajas.