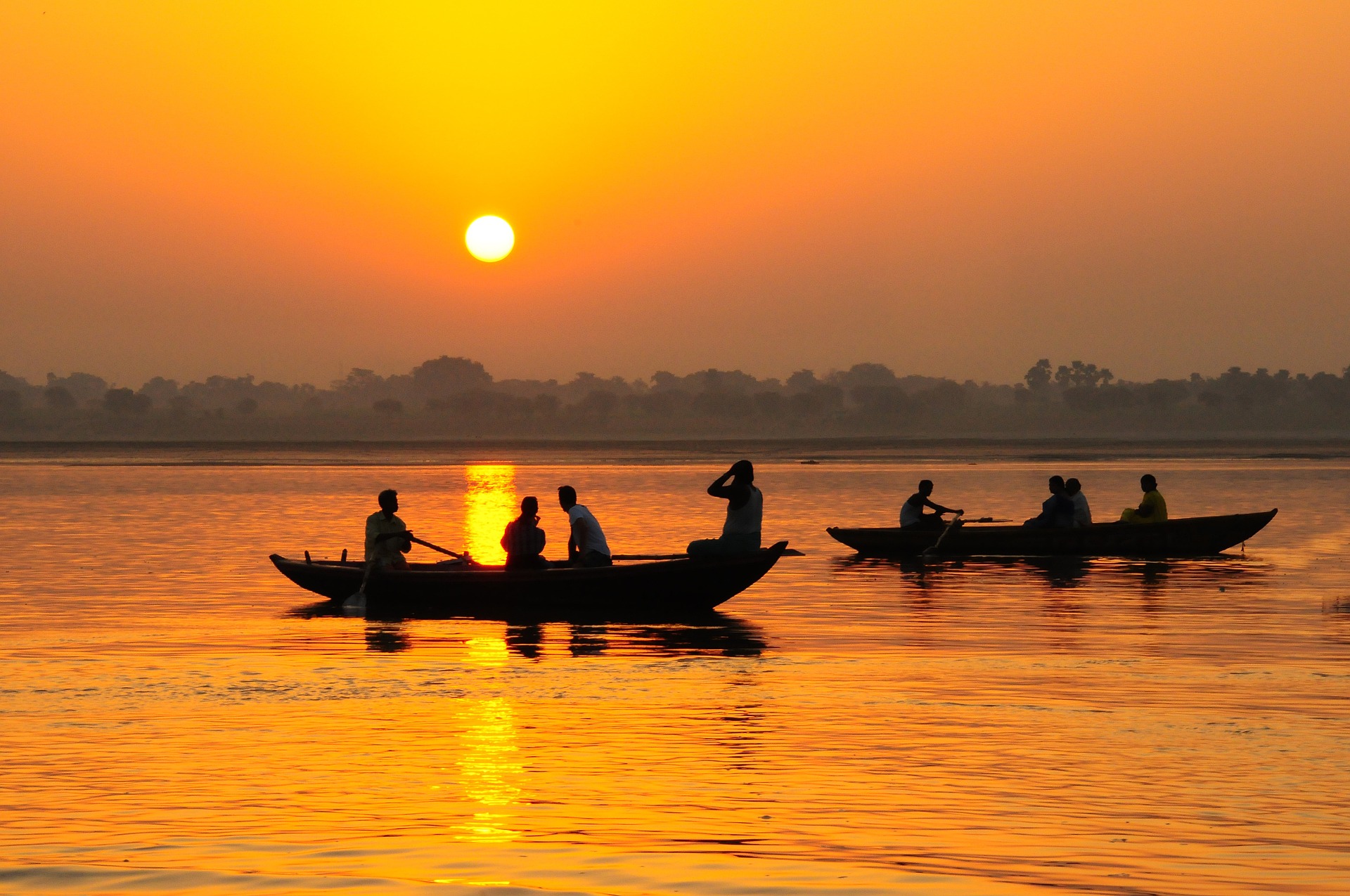 The Ganges is a lifeline to millions who live along its course. It is a most sacred river to Hindus, and worshiped as the goddess Ganga in Hinduism. It has been important historically: many former provincial or imperial capitals

Rising in the Himalayas and emptying into the Bay of Bengal, it drains one-fourth of the territory of India, and its basin supports hundreds of millions of people.

The Ganges river follows an 900 km arching course passing through the cities of Kannauj, Farukhabad, and Kanpur. Along the way it is joined by the Ramganga, which contributes an average annual flow of about 500 m3/s. the Ganges joins the river Yamuna at the Triveni Sangam at Allahabad, a holy confluence in Hinduism. At their confluence the Yamuna is larger than the Ganges, contributing about 2,950 m3/s (104,000 cu ft/s), or about 58.5% of the combined flow.