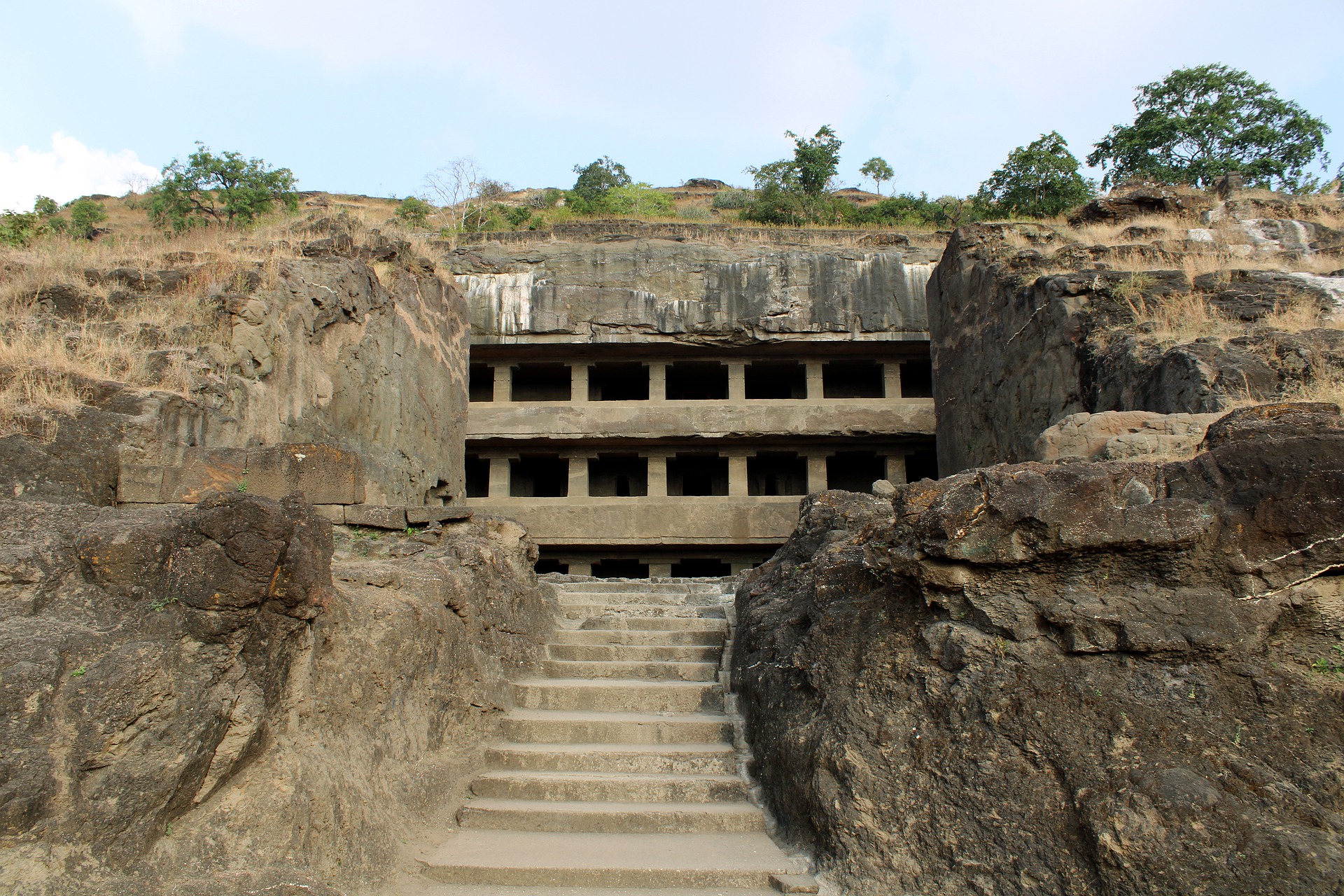 Ellora is a UNESCO World Heritage Site located in the Aurangabad district of Maharashtra, India. It is one of the largest rock-cut monastery-temple cave complexes in the world, featuring Hindu, Buddhist and Jain monuments, and artwork, dating from the 600–1000 CE period. Cave 16, in particular, features the largest single monolithic rock excavation in the world, the Kailasha temple, a chariot shaped monument dedicated to Lord Shiva.

Located in the Sahyadri hills near Aurangabad, Ellora is the most important second-wave site of ancient rock-cut architecture in India. Although the caves served as monasteries, temples and a rest stop for pilgrim. In the western face of one hill, composed of volcanic Basalt rock, there are 35 caves and rock-cut temples, largely produced during the reign of the Kalachuri dynasty in the 6th and 7th centuries CE.