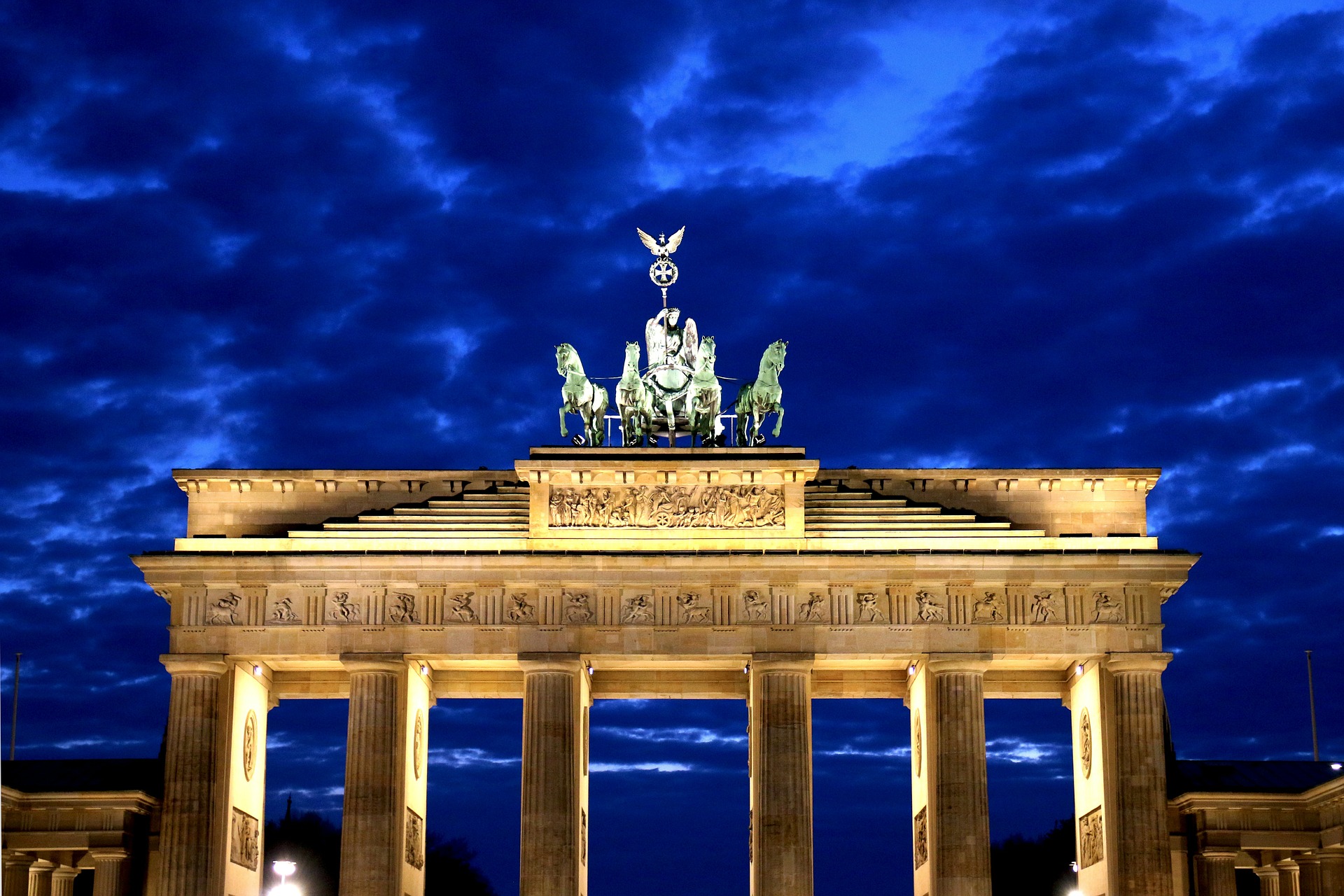 The Brandenburg Gate is an 18th-century neoclassical monument in Berlin, built on the orders of Prussian king Frederick William II after the temporary restoration of order during the Batavian Revolution. Built between 1788 and 1791 by Prussian King Frederick William II as a key entry point to the city of Berlin, One of the best-known landmarks of Germany, it was built on the site of a former city gate that marked the start of the road from Berlin to the town of Brandenburg an der Havel, which used to be capital of the Margraviate of Brandenburg.

It is located in the western part of the city centre of Berlin within Mitte, at the junction of Unter den Linden and Ebertstraße, immediately west of the Pariser Platz. One block to the north stands the Reichstag building, which houses the German parliament (Bundestag). The cross was later removed during the Communist era, and only permanently restored in 1990 during the unification of Germany. The gate is the monumental entry to Unter den Linden, a boulevard of linden trees which led directly to the royal City Palace of the Prussian monarchs.