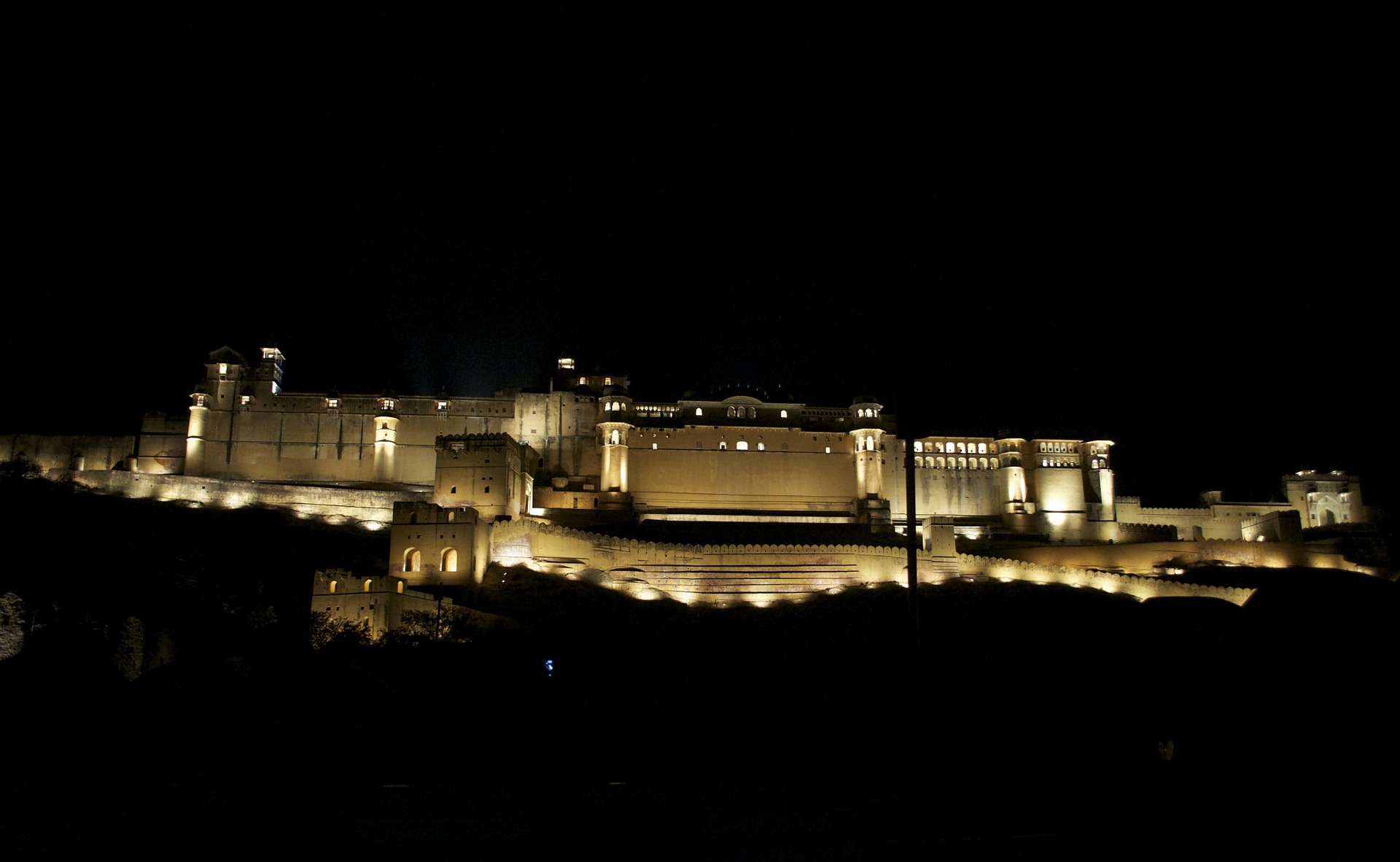 One of the top tourist attractions of Jaipur, the huge Amer Palace Fort sits atop a small hill, and is located at a distance about 11 km from the main city. The magnificent Amer Fort is an extensive palace complex that has been built with pale yellow and pink sandstone, and with white marble. The fort is divided into four main sections that are graced with their own courtyards.

Amber was once the capital of princely Jaipur state, and the fort the residence of its Rajput rulers. Maharaja Man Singh I, who led Mughal Emperor Akbar’s army, commenced its construction in 1592 on the remains of an 11th-century fort. Successive rulers added to Amber Fort before moving the capital to Jaipur in 1727. The fort was declared a UNESCO World Heritage site in 2013, as part of a group of six hill forts in Rajasthan. Its architecture is a noteworthy fusion of Rajput (Hindu) and Mughal (Islamic) styles.

Raja Man Singh of the Kachwaha house took over the throne from his predecessor in the early 1600s. He then started building the Amber fort after destroying the structure that was already built on top of the hill. The fort was further developed by the successor of Raja Man Singh, Jai Singh I. Over the next two centuries or so, the fort underwent continuous renovations and improvements under the reign of various Rajput Maharajas including Mirza Raja Jai Singh I. The present fort was completed in the late 16th century. In 1727, the Maharajas of Rajput decided to shift their capital from Amer to Jaipur, leaving no further changes to the appearance of the fort.