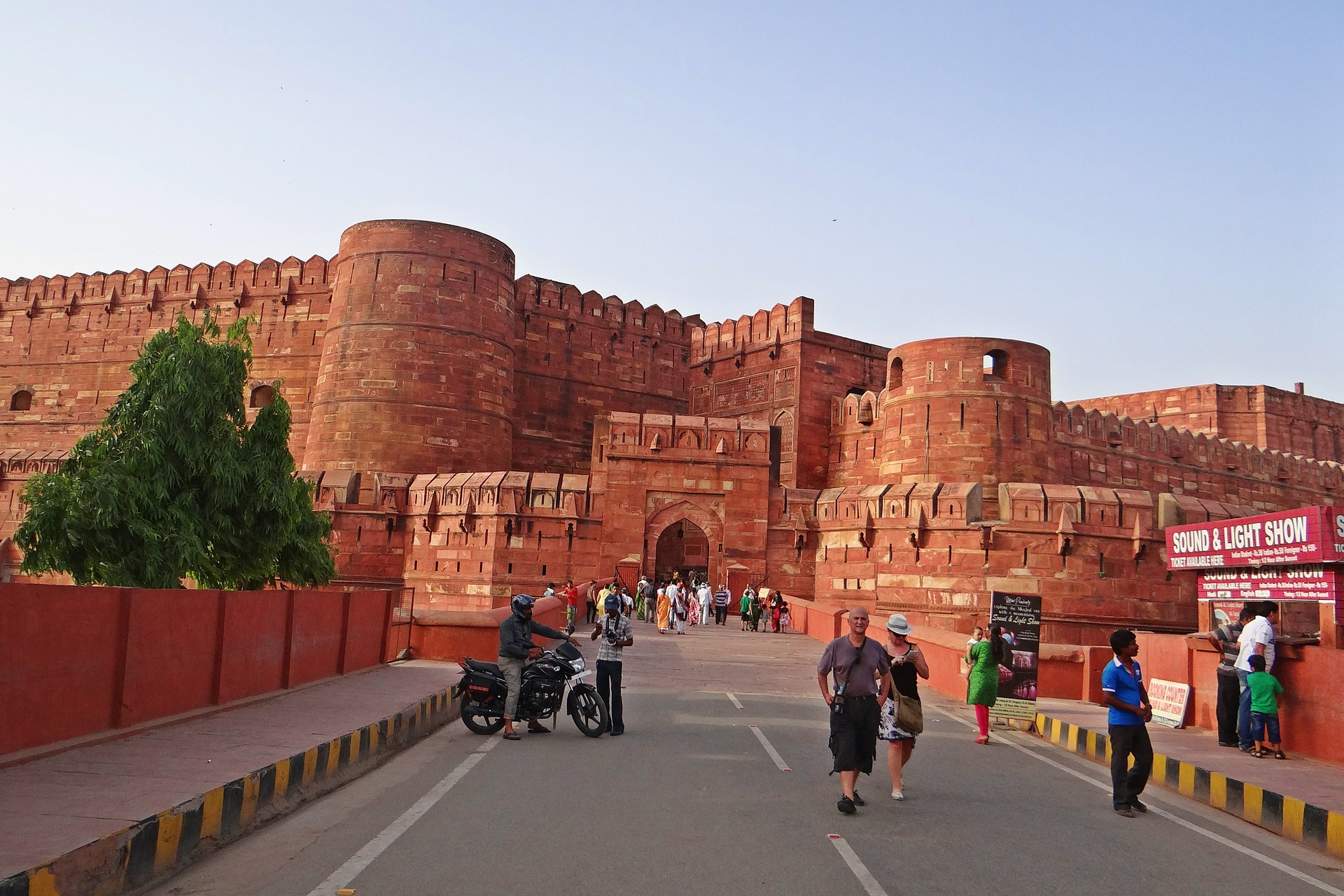 The Agra Fort, also known as the “Lal –Qila”, “Fort Rouge” or “Qila-i-Akbari”, is the highlight of the city of Agra, then capital of the Mughal Sultanate .

The fort houses numerous impressive structures like the Jahangir Mahal, Khas Mahal, Diwan-i-Khass, Diwan-i-Am, Machchhi Bhawan and Moti Masjid. In 1638, the capital of the Mughal dynasty was moved from Agra to Delhi, causing the Agra Fort to lose its status as the main residence of the Mughal emperors. The fort is separated from its sister monument Taj Mahal by just 2.5 kilometers. Often described as the walled city, Agra Fort is a UNESCO World Heritage site. Today, the fort is a major tourist spot and attracts many tourists from all over the world.

During the reign of Shah Jahan, the fort was modified considerably and took the current form. Shah Jahan destroyed some of the edifices within the fort and rebuilt it as per his own architectural taste. During the early 17th century, the fort was captured by the Maratha Empire.During this period, the fort saw many owners including various Maratha emperors and their enemies which included a host of Mughal emperors. In 1761, the Marathas underwent a massive defeat at the hands of Ahmad Shah Durrani, founder of the Durrani Empire. The emperors of the Durrani dynasty made the fort their home until 1785. In 1785, the fort was regained by the Marathas under the reign of Mahadji Shinde. The Marathas then lost their battle against the British in the Second Anglo-Maratha War and with it the fort. The British then enjoyed the comfort of the fort until it was handed over to the government of India in 1947.